New Delhi, Sept 16: The Monetary Policy Committee in the September credit policy is likely to increase the repo rate by 50 basis points to 5.90 per cent and will keep stance unchanged, according to a report by Morgan Stanley.

“We were earlier expecting a 35bp increase, however, sticky inflation and continued hawkish stance of DM central banks, warrants continued front loading of rate hikes, in our view,” the report said.

The inflation which is ranging above the upper tolerance band of the Reserve Bank of India (RBI) for the eighth straight and therefore Morgan Stanley too expect inflation to remain sticky around 7.1-7.4 per cent in September as well, driven by increases in food prices as per high frequency food price trend.

Thereafter, we expect the trend to moderate but remain above 6 per cent until January/Februaru 2023. Risks to the inflation outlook are skewed to the upside due to uncertainty around food inflation trajectory (sowing for rice, pulses is lower YoY), changes in global commodity prices and possibility of imported inflation if exchange rate weakens amid dollar strength, the report added.

Going forward, the key to track in the policy will be: (a) changes to growth or inflation forecast. While incoming inflation data is along expected lines,growth for QE Jun was a tad below our expectations (even RBI’s projections), (b) comments around comfort on external balance sheet in the context of external risks and (c) overall tone of the policy statement and path on real rate normalization.

The RBI has lifted the repo rate by 140 basis points and surplus liquidity has fallen significantly (now $19.1 billion from $89 billion in January 2022), pushing the weighted average call rate to 5 per cent from 3.5 per cent in April.

However, the normalization in real rates has been less stark, with real policy rates at -1.6 per cent currently vs. -3.8 per cent in April. The external environment remains challenging, with generally higher commodity prices vs. pre-pandemic, stronger dollar and continued hawkish response from DM central banks. While domestic macro fundamentals are strong, risks from continued elevated commodity prices need to be tracked. 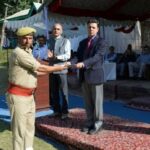 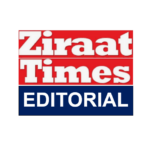