SRINAGAR, SEP 12: Additional Chief Secretary (ACS) Agriculture Production Department (APD) Atal Dulloo today chaired a meeting to take a review of progress made under UT CAPEX, Centrally Sponsored Schemes (CSS), NABARD and Deliverables 2022-23 in Horticulture Sector.
During the meeting, detailed deliberations were held on physical and financial progress made by the Departments under Capex 2022-23 and CSSs during the current financial year.

The meeting held threadbare deliberations over different components of each scheme and discussed activity wise capital expenditure of the Horticulture Department and other allied activities in Jammu and Kashmir Union Territory.

While expressing his displeasure over the slow progress in the implementation of different schemes in the Horticulture Sector, Dulloo impressed upon the concerned to gear up themselves and focus on spending the released funds so that projects would be finished at the earliest.

While reviewing the progress made on the deliverables for the year 2022-23 in the Horticulture Sector, Dulloo asked the officers to put in their best efforts to achieve the targets under the head in set timelines.

Earlier, a detailed presentation was delivered wherein an overview of approved outlay and expenditure under various schemes. 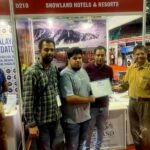