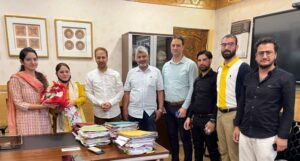 Srinagar; Associated Chamber of Commerce and Industry Kashmir CCIK called on Director. Industries Saloni Rai and  welcomed her on her appointment.

The CCIK delegation apprised her about the economic health of the Valley which is trying to bounce back after repeated setbacks due to COVID 19 pandemic.

The delegation, which was led by its President Tariq Rashid Ghani and other CCIK members, urged the Director Industries to sanction the land allotment for the entrepreneurs who also have made the payment against the assigned land.

The delegation also requested the Direction Industries to auction the lands not being utilised by the investors whose projects or units are defunct.

“Those allotted lands should be re-advertised for the new aspiring entrepreneurs so that the land doesn’t remain defunt rather is put to use by another interested and qualified entrepreneur,” said Tariq Rashid Ghani.

The CCIK President further urged the Director Industries to provide industrial benefits to the tourism sector which has been declared as an industry way back in 1996.

He said hoteliers who provide large scale employment should be provided electricity tariff at par with the industrial units.

The CCIK said due to the long process at various departments, many entrepreneurs feel discouraged to invest.

“There has to be a single window clearance system under which an entrepreneur can apply for all NOCs at one place and projects should be sanctioned without much of the hassle to boost ease of doing business,” said Ghani. 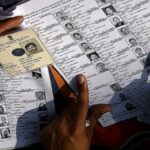 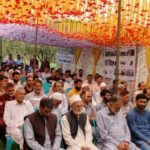