The Reserve Bank of India monetary policy committee hiked the repo rate for the third straight time in the current fiscal to tame the inflationary pressure, taking the key policy rate to pre-pandemic level. RBI MPC hiked the repo rate by 50 bps to 5.40 per cent, retaining the stance at ‘Withdrawal of Accommodation’. In the May monetary policy review, the RBI hiked the policy repo rate by 40 basis points or 0.40 per cent to 4.40 per cent. Then in June, it further raised the rate to 4.90 per cent, a 50 bps increase. Economists expect the inflation to remain high for one more quarter. RBI Governor Shaktikanta Das noted that the MPC sees signs that growth will remain robust, as well as seeing some early indications that growth is picking up. Given the global recessionary backdrop, economists also believe that policy rates in India will peak below 6% in this calendar year. In addition to this, RBI may also hike repo rate by further 50 bps in FY23.

The current elevated level of inflation and the likelihood of inflation for the next three months being higher than the current level also likely to have influenced RBI’s decision to go for a 50 bps rate hike this time. We expect the inflation to remain elevated for the next three months and come down gradually thereafter. We do not expect retail inflation to come within RBI’s comfort zone of 2-6% before the closing months of the current financial year. This is likely to nudge the RBI to  maintain the current tightening stance. At the same time, given the current subdued global growth outlook, the RBI is likely to slow down the policy rate normalisation from this point onwards. Our assessment suggests that the market is currently factoring in the peak repo rate at 6% in this cycle and the medium term inflation in the range of 5 to 5.2%. We have a similar view on the rate front but we feel that the softening of inflation in the early part of the next financial year can be substantially more than what is being currently factored in. The measures are neutral for debt and equity markets but positive for rupee.

While domestic retail inflation is believed to have peaked, it is still well above RBI’s target band. Global commodity prices have fallen in the last few months, but the prices are still high compared to say the beginning of the year. With domestic growth indicators showing signs of improvement, the RBI has taken this opportunity to move towards a positive real rate of interest.  The external environment is another critical factor influencing RBI’s decision. As the US Federal Reserve has continued to hike the policy rate, the RBI would not like the interest rate differential to widen further. With our trade deficit widening and BoP moving towards the negative zone, the RBI needs to be cautious on the external front. Going forward, if the domestic growth indicators show sustained improvement, the Central Bank could hike the repo rate by a further 50 bps in FY23. With the terminal repo rate at 5.90%, the RBI would be moving towards a positive real rate of interest.

We now see the repo rate settling at 5.90% by December 2022. The Reserve Bank of India’s monetary policy committee voted unanimously to increase the repo rate by 50bp, taking the key policy rate to 5.40%. The RBI continues to expect inflation to stay above 6% through the next two quarters, and Governor Das added that inflation was subject to significant uncertainty from geopolitical tensions and commodity prices. He added that there are early signs of easing in supply-chain pressures, although low sowing of rice adds to risks. The RBI lowered its CPI inflation forecasts for Q3 22, but raised its projections for Q4 22 modestly, keeping its forecast for FY 22-23 average inflation at 6.7%. It also expects Q2 23 CPI inflation to be around 5.0%, which suggests that the RBI believes inflation will be well within the policy target range by the middle of 2023.

Going forward, the MPC assured markets of its ability to deliver a soft landing for the economy, while keeping inflationary pressures at bay. Given the global recessionary backdrop and its accompanying disinflationary impact, we believe policy rates in India will peak below 6% in this calendar year. In light of the same, further rate actions will be more calibrated and data dependent. Yield on benchmark 10-year Government Bond is expected to remain in the 7.10-7.40 band in the near term.

RBI hiking repo rate by 50 bps is not surprising though our anticipation was 25-35 bps as we gave a good amount of weightage to falling global commodity prices which was the key reason for rise in inflation at the first place due to geopolitical issues. This hike is continuation of withdrawal of accommodation which we believe is more or less done as the repo rate is now what it was in September 2019 (pre-pandemic). We believe though the Governor commented that change of 50 bps in rates is now the new normal of the world, the upcoming policy decisions may not be of the same quantum. Despite rise in interest rates RBI retaining the projection of growth rate at 7.2% should be the key takeaway for the market participants. 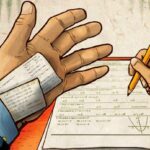