Srinagar, Aug 28: The National Institute of Technology (NIT) here has asked its students not to watch Sunday’s India-Pakistan Asia Cup cricket match in groups or post anything related to it on social media platforms.

In a notice issued by the dean of students’ welfare, the institute administration has asked the students to remain in their allotted rooms during the match.

“Students are aware that a cricket series involving various nations is going on in the Dubai International Stadium. Students are hereby directed to take sports as a game and not create any kind of indiscipline in the institute/hostel,” the notice read.
During Sunday’s match, the students have been directed to remain in their allotted rooms and not allow other students to enter their rooms and watch the match in groups, it said.

“If there is a group of students watching the match in a particular room, then the students to whom that particular room is allotted will be debarred from the institute hostel accommodation and a fine of at least Rs 5,000 will be imposed on all the students involved,” the NIT said.

The students have also been directed to avoid posting any material related to the match on social media platforms. Furthermore, they have been instructed not to step out of the hostel rooms during or after the match.

In 2016, clashes broke out at the institute between outstation and local students following India’s defeat to the West Indies in the T-20 World Cup semi-final, leading to a closure of the NIT for days. 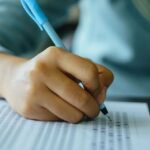 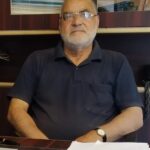