Srinagar, Aug 4: After four years of deliberations, the government on Wednesday withdrew the Personal Data Protection (PDP) Bill, 2019, which is to be replaced with one that has a “comprehensive framework” and is in alignment with “contemporary digital privacy laws”.

According to the statement shared by Electronics and IT Minister Ashwini Vaishnaw, the government withdrew the Bill because the Joint Parliamentary Committee (JPC) had recommended 81 amendments to it, which has 99 sections. The JPC had made 12 recommendations.

“The Joint Parliamentary Committee’s report on the Personal Data Protection Bill had identified many issues that were relevant but beyond the scope of a modern digital privacy law,” Minister of State for Electronics and Information Technology (MeitY) Rajeev Chandrasekhar said on Twitter.

The report stirred a debate after it proposed a single law for dealing with both personal and non-personal datasets and mandating a complete local storage of data. The Bill had alarmed big tech, and several advocacy players had stated it gave sweeping powers to the government in certain segments. Various industry stakeholders are disappointed.

“We suspect a lack of agreement between two factions within the government has led to the scrapping of the Bill,” a person familiar with the matter said.

He said: “One faction is pushing for a specific personal data protection Bill and another is pitching for a broad-based one.”

Amol Kulkarni, director (research), CUTS International, said: “This is a setback not only for big tech or the corporate world but also for individuals and consumers and privacy-first organisations that had worked hard on engaging with the government and consumers and other stakeholders.” 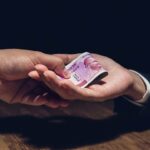 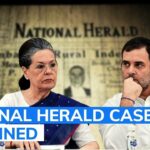