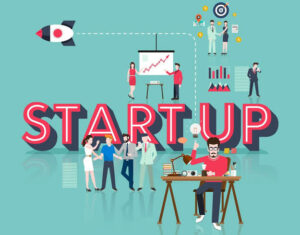 Startups ecosystem in J&K is turning youth of J&K into job providers rather than the job seekers.

A Srinagar based Logistics tech platform headquartered in Srinagar, FastBeetle, founded by Sheikh Saimullah and Abid Rashid recently become the first Kashmiri startup to raise $100,000 in a pre-series, a funding round led by a clutch of angel investors including Sandeep Patel from Nepra, entrepreneurship evangelist Saurabh Mittal, Vikram Sanghvi, Rohit Qamra and a few non-resident Kashmiris. Existing investors Kartikeya Desai and Anuj Sharma also participated in the current round. The Fast Beetle has 70,000 users across Kashmir who receives food items, medcines, toys, merchandise etc through the company.

Divya Gandotra, hailing from Jammu, is successfully making her career as an entrepreneur at national level. She at a young age founded Scoop Beats Private Limited and Soulbeats Studio LLP. Money Control.com featured her on Children’s day under Top Young Indian CEOs. She has also been appointed as Member of Media Advisory Board at Krypto (Inventphile Ventures Private Limited) with holder of an equity share.

Divya says ‘she is currently working on 12 Startup projects which included an ED Tech Startup and Few Plugin Tools.
The startup revolution has now started in J&K, the start-ups under Aroma Mission being the best starting points under it, creating household names in India like Bharat Bhushan, the brand ambassador of Aroma Mission in India who not only doubled but quadrupled his income only in few years.

Jammu and Kashmir administration is working to encourage startups and foster innovation thereby creating job opportunities in abundance besides raising economic graph of the Union Territory, an official said.

Endeavoring to accomplish this stupendous task, J&K government is focusing on sectors such as food processing, agriculture, renewable energy, handicrafts and handloom by vigorously promoting startups in these vital sectors, he added.

Startup JK is a one of its kind online platform for all stakeholders of the startup ecosystem in J&K including startups, investors, mentors, incubators, accelerators, aspiring entrepreneurs, service providers and government bodies. It not only provides an opportunity to connect with other members of the ecosystem but also gives access to important resources such as its Learning and Development program, information about relevant government schemes, a forum to brainstorm and discuss issues, news and blogs among others.

Lieutenant Governor, Manoj Sinha, during his address to National Academia-Industrial Conclave at Islamic University of Science and Technology (IUST) said a strong Academic-Industry collaboration will bring a meaningful change in the private and public sector. Besides, this will provide an opportunity to promote innovation, work on new model of IEC–Innovate, Evolve and Commercialize the relevant technology, building new knowledge to meet the needs of future world, he added.

Terming startups as game changer towards economic growth, Sinha said that the government is determined to provide incubation and seed funding support to brilliant ideas and solutions.
“Our aim is to build a strong ecosystem for nurturing innovation and startups in J&K and the synergies between industrial and academic establishments will encourage and empower young innovators and boost private investment in startups, he added.

The ideas of young minds are heard, polished, funded and handholded by the government agencies under the guidance of Lieutenant Governor, Manoj Sinha. The creation of industry innovation clusters by the government is encouraging youth to choose their own destiny and become role models for younger generation.

The center for Innovation and Economic Development (CIED) provides young innovators an opportunity to turn their startup ideas into reality.

Recently, Union MoS, Dr Jitendra Singh, while addressing a mammoth public rally in North India’s first Industrial Biotech Park at Ghatti, said the utility would act as hub for incubation of new ideas and a robust platform to support the agri-entrepreneurs, startups, progressive farmers, scientists, scholars and students not only from Jammu and Kashmir and Ladakh but also from nearby states of Punjab, Haryana and Himachal Pradesh.
Dr. Singh said that the biotechnology park at Kathua has a potential to produce 25 startups in a year which will be among its great contributions to this region.

To enable the startup ecosystem and create awareness, outreach and scouting of startups, Startupjk.com has also been made live.

In February 2022, Jammu and Kashmir became the first UT to be integrated with the National Single Window System (NSWS) with the launch of J&K single-window portal. The NSWS is a one-stop digital platform that allows startups, companies and investors to apply for various pre-operations approvals required for commencing a business in India. It makes the business registration process easier allowing the beneficiary to get significant approvals online, without having to run to government offices.
Another startup “Gatoes” founded by Jibran Gulzar has on board 1450 startups which deliver groceries and other items to households across Kashmir making it the largest startup of Jammu and Kashmir.
Recently, JKTPO sponsored 15 startups from J&K at the India First Startup and Conclave 2022′ being organized at Hotel Le Meridian by All India Council for Robotics and Automation (AICRA).
JKTPO is J&K government undertaking incorporated as a Joint Venture of Government of J&K, Indian Trade Promotion Organization (ITPO) and Export Promotion Council for Handicrafts (EPCH). Among the startups were Espa Learn Private Limited and Espa Fee Private Limited. ESPA Group of Companies had three unique startups in the event including ESPA Learn Private Limited, ESPA FEE Private Limited and ESPA Lines Private Limited. 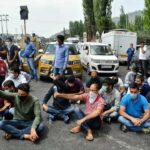 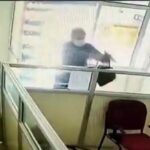