Srinagar, June 6: As the public calls in several Middle Eastern countries for boycott of goods and products from India are gaining momentum, ruling Bharatiya Janata Party on Sunday issued a formal statement distancing itself from the controversial statements made by its two key spokespersons.

The party in an official statement on Sunday said “it respected diversity and all religions and faiths.” However, the statement made no specific reference to Nupur Sharma and Naveen Kumar, two of its spokespersons at the centre of the controversy.

Facebook and Twitter were flooded by messages, photos and videos from several Gulf countries showing products having been labelled for boycott.

The development comes after the Grand Mufti of Oman Sheikh Ahmad bin Hamad Al-Khalil on Sunday made a formal  announcement calling for a boycott of Indian products over the derogatory remarks issue. Qatar went a step further asking for a public apology by the BJP government for the comments by its spokespersons.

There are also unconfirmed reports about exceptions being made by certain companies in the Gulf job market for individual job aspirants from India.

According to a recent data, there are about 3.5 million Indians working in the United Arab Emirates (UAE), 1.54 million  in Saudi Arabia and close to 1 million in Kuwait. There are concerns among  various quarters in the country today  about a potential job bar for Indians in the Gulf states.

The Grand Mufti of Oman, along with several Twitter handles with a large following,  have called for the boycott of Indian products. The Grand Mufti of Oman Sheikh Al-Khalili tweeted that the “obscene” comments of the spokesperson of India’s ruling party amounted to a “war against every Muslim”.

“An Indian (carpenter), whose religion is Modi’s, is working under my sponsorship. He is on vacation. I told him that I do not want him to return because of the abuse of our Messenger (may peace be upon him).”

The Journal also shared a video that showed storekeepers covering the Indian products kept on racks.

In a related development, Iran, Qatar and Kuwait summoned Indian ambassadors in their countries and handed over  protest notes against insulting remarks by the BJP leaders.

“The Ministry of Foreign Affairs summoned, today, H.E. Dr. Deepak Mittal, the Ambassador of the Republic of India to the country, and handed him an official note, expressing the disappointment of the State of Qatar and its total rejection and condemnation to the controversial remarks made by an official in the ruling party in India against Prophet Mohammed (may blessings and peace be upon him”, Ministry of Foreign Affairs said.

Meanwhile, Qatar and Saudi Arabia welcomed the suspension of the two spokespersons by the BJP. 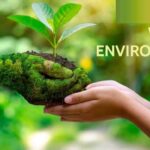