Srinagar, May 17: At least 11 percent women and 10 percent men in Jammu and Kashmir are suffering from hypertension while as more than half of the population are in pre hypertensive stage.

As per the data derived from the NHF Survey-5, just 36 percent women and 31 percent men in Jammu and Kashmir have normal blood pressure.

Similarly, around 60 percent people of 15-19 year age groups have normal blood pressure which decreases to just 17 percent in 45-49 year old age group besides that the percentage of people who are in pre hypertensive stage also increases from around 40 percent in 15-19 age group to around 62 percent in 45-49 age group.

Blood pressure is the force exerted by circulating blood against the arterial walls. Hypertension or high blood pressure is a condition in which the blood vessels have persistently raised pressure. Hypertension is major risk factor for cardiovascular diseases, chronic kidney diseases, and brain diseases, and it is a major cause of premature deaths worldwide. Some of the risk factors for developing hypertension are unhealthy diets, physical inactivity, alcohol and tobacco consumption, and excess body weight. —(KNO) 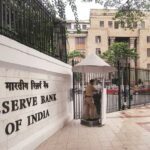 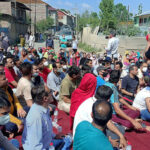