New Delhi, May 13: Consumer Price Index (CPI) inflation in April accelerated to 7.8 per cent, the highest level in eight years, and higher than analyst expectations, driven by higher prices of essential food items (such as cereals, fruits, and milk) and motor and cooking fuel.

Analysts said this indicates the spectre of a generalisation of inflationary pressures which has seeped into everyday needs, adding that inflation is expected to remain above RBI’s upper limit threshold of 6 per cent for the most part of this year.

Experts expect the latest reading to put pressure on the Reserve Bank of India to further raise rates as much as 50 basis points (bps) in the upcoming June monetary policy (MPC) meeting.

“Rising price pressures remain a cause of concern, and are likely to reduce the space available for policy support. Our calculations suggest that inflation could remain above the RBI’s target band for three consecutive quarters (Q1-Q3 2022), marking the first official ‘failure’ of the monetary framework.

Today’s upside surprise in inflation also sets up the RBI to undertake another inflation forecast revision, a factor which could have prompted the MPC’s inter meeting rate hike undertaken in early May,” Rahul Bajoria, Chief India Economist, Barclays said.

“We expect the RBI to follow up with at least one 50 bps rate hike starting with the June policy meeting, and then slow the cycle in August to 25 bps hike. We see the RBI raising policy rates to 5.15% by August, and expect it to reassess macroeconomic momentum to gauge the need for further hikes beyond that,” Bajoria added.

“The inflation shocker in May attributes to broad-based segmented gains in food, energy and core,” Madhavi Arora, Lead Economist, Emkay Global Financial Services said. “Overall rising price pressures remain a cause of concern, and are likely to pressure MPC further. The triple whammy of commodity-price shocks, supply-chain shocks and resilient growth, has shifted the reaction function in favour of inflation containment. The RBI no longer thinks the output sacrifice required to tame somewhat supply-driven inflation can be so high on net. The RBI’s reaction function is now evolving with fluid macro realities.”

“We see June’s policy to be super-live, and the MPC may front-load rates by another 25bps-40bps. The terminal rate may be around or a tad higher than 5.50 per cent, with the RBI now showing its intent to keep real rates neutral or above,” Arora said. 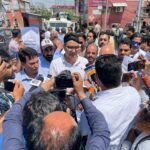 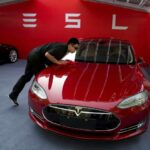