The dangers of climate change have been well reported for years. But what’s had less attention is how the world could effectively tackle the issue. Yesterday, UN scientists laid out a plan that they believe could help people avoid the worst impacts of rising temperatures. The report, by the UN’s Intergovernmental Panel on Climate Change (IPCC), essentially calls for a revolution in how we produce energy and power our world. To avoid very dangerous warming, carbon emissions need to peak within three years, and fall rapidly after that. Even then, technology to pull CO2 from the air will still be needed to keep temperatures down. Here are five key ideas that the researchers say are critical to keeping the world safe.

The 63 dense pages of this IPCC report are littered with qualifications and dense footnotes.

But all the verbiage can’t hide the scientists’ central message. If the world wants to steer clear of dangerous warming, fossil fuels are toast.

Keeping the world under 1.5C requires emissions to peak by 2025, the researchers say, and shrink by 43% by the end of this decade.

The most effective way of making that switch is to generate energy from sustainable sources like wind and solar.

The authors point to the collapse in costs of these technologies, down around 85% across the decade from 2010.

And while the war in Ukraine is making governments in Europe flirt with carbon-rich coal once again, there’s wide political acceptance that cheap, sustainable energy is the only road to Putin-free power.

So for the temperature of the planet (as well as the politics of the present), the IPCC believes that coal should finally be retired for good.

A few short years ago, the idea of a technological fix to climate change was generally seen as the preserve of the eccentric.

From spraying things into the atmosphere to cool the Earth to blocking out the Sun with space-based shields, various ideas were mocked, knocked and quickly forgotten.

But as the climate crisis has escalated and cutting carbon emissions has proven difficult, researchers have been forced to look again at the role of technology in both limiting and reducing CO2 in the atmosphere.

The idea of carbon dioxide removal (CDR) has now gone fully mainstream with the endorsement of the IPCC in this latest report.

The scientists are blunt – keeping temperatures down won’t really be possible without some form of removal, be it via trees or air filtering machines.

There’s a lot of opposition from environmentalists, some of whom accuse the IPCC of giving in to fossil fuel producing countries and putting far too much emphasis on technologies that in essence remain unproven.

“The major shortcoming that I see is that the report is way too weak on the rapid phase out of fossil fuels,” said Linda Schneider from the Heinrich Böll Foundation in Berlin.

“I would have hoped that the report would have put forward the most reliable kind of safe pathways towards 1.5C without an overshoot and reliance on technologies that we just don’t know if they will work.”

3 – Curbing demand is a secret weapon

One of the big differences with this report from previous releases is that social science features heavily.

This is mainly focussed on the ideas of reducing people’s demand for energy in the areas of shelter, mobility and nutrition.

This covers a multitude of areas – including low carbon diets, food waste, how we build our cities, and how we shift people to more carbon friendly transport options.

The IPCC believes changes in these areas could limit emissions from end-use sectors by 40-70% by 2050, while improving well-being.

That’s a huge goal but the report is quite specific and detailed – and yes it will take incentives and nudges from governments.

But it feels like a fairly painless way to really make an impact.

4 – Cooling the planet with cash…

Tackling climate change has often been delayed due to the perceived high-cost implications.

But that sense has changed in recent years as the financial toll of climate disasters has steadily climbed.

Now the IPCC are weighing in with some new guidance on the costs.

The bottom line is that transforming our world, won’t (and please pardon the pun) cost the Earth.

Right now, the IPCC says there is far too much money still flowing towards fossil fuels and not to clean energy climate solutions.

If fossil fuel subsidies from governments were removed, this would reduce emissions by up to 10% by 2030, according to Greenpeace.

In the longer term, the IPCC says that models that incorporate the economic damages caused by climate change show that the global cost of limiting warming to 2C over this century is lower than the global economic benefits of reducing warming.

Keeping temperatures well under 2C costs a bit more, but not much, given the avoided damages, and wide range of co-benefits such as cleaner air and water.

“If you take the most aggressive scenarios in the entire report, it would cost, at most 0.1% of the rate of annual GDP growth assumed,” said Prof Michael Grubb, from University College London, a co-ordinating lead author of the report.

There is renewed emphasis in this report on the outsized impact that richer people are having on the planet.

According to the IPCC, the 10% of households with the highest per capita emissions contribute up to 45% of consumption-based household greenhouse gas emissions.

In essence, the report says that the world’s richest people are spending way too much of their money on mobility, including on private jets.

So you would think that this would make them good targets for greater taxation or other means of curtailing their emissions?

That may well be the case, but some IPCC authors believe the rich have other roles to play in helping the world towards net-zero.

“Wealthy individuals contribute disproportionately to higher emissions but they have a high potential for emissions reductions, whilst maintaining high levels of well-being and a decent living standard,” said Prof Patrick Devine-Wright, an IPCC lead author from the University of Exeter.

“I think there are individuals with high socioeconomic status who are capable of reducing their emissions by becoming role models of low carbon lifestyles, by choosing to invest in low carbon businesses and opportunities, and by lobbying for stringent climate policies.” 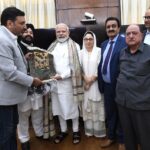 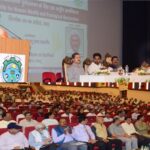