JAMMU, APRIL 23: Lieutenant Governor, Manoj Sinha today approved hike in minimum wages of the daily wagers including the casual labourers, in all government departments from existing Rs. 225 per day to Rs. 300 per day as an interim measure till the minimum wage rates are revised by the Labour and Employment department.

The Labour and Employment department has intimated that the process shall be completed within 3 months.

“Daily wagers are playing significant role in the development of UT with exemplary commitment and dedication to work. The interim measure has been taken to benefit a sizable portion of the workforce. We are firmly committed to ensure the welfare and well-being of all Daily wagers and the government will leave no stone unturned to establish principles of equality, welfare, and social justice in the governance,” the Lt Governor said.

It is pertinent to mention that Labour and Employment Department has prepared a comparative statement of Minimum Wages prevalent in other States/UTs of the country. As the process of notifying the minimum wages by the Labour and Employment department will take at least three months, a decision for interim measures was taken to benefit daily wagers in all government departments and those of municipalities and local bodies, an official statement said. 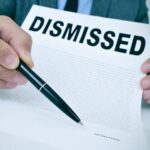 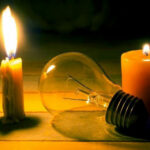