India’s edible oil markets braced for a sharp rise in prices after Indonesia banned on palm oil exports, but opinion was divided as to whether the spike will sustain for long because the Southeast Asia nation is sitting on a stockpile it must liquidate.

India and elsewhere palm oil is used in multiple things: cakes, frying fats, cosmetics and cleaning products. It accounts for nearly 60 percent of global vegetable oil shipments, and top producer Indonesia accounts for around a third of all vegetable oil exports.

Soybean oil, too, traded around record levels in Chicago on Indonesia’s sweeping ban while canola in North America neared the record reached in March.

Reuters reported on Wednesday, that around 290,000 tonnes of palm oil shipments meant for India was struck after Indonesia’s ban.

India is the world’s biggest importer of palm oil and relies on Indonesia for nearly half of the 700,000 tonnes it takes in every month.

“Malaysia produces around 19 million tonnes of palm oil per year of which almost 16 million tonnes is exported. Now, if every other country starts buying for Malaysia, where will it have oil to support our annual demand of almost 8.5 million tonnes,” B.V Mehta, Managing Director of Solvent Extractors Association of India told Business Standard.

CRISIL Research, in a note, said Indonesia’s annual palm oil production in 2022 is expected to be near 47 million tons, up by 5 per cent on a y-o-y basis, of which total exports were estimated near 29 million tons, which is more than 60 per cent of total produce.

As per CRISIL’s own interaction with industry stakeholders, in May 2022 production of palm oil in Indonesia is likely to hit around 4 million tonnes.

With no exports in the month of May and 1.5 million tons of domestic consumption (including food, feed & fuel), the country will have a closing inventory of almost 6-6.5 million tons against an annual average of 3.5 million tons.

“As Indonesian refiners don’t have such a huge storage capacity, there are strong chances for prices to fall below Rupiah 14,000/ltrs in the local market in the coming few weeks, post which the export ban could be lifted with some strict regulations,” CRISIL said.

On the local Indian market, CRISIL said if the Indonesian government lifts the ban before year end, the stocks situation would be in a comfortable situation bringing the prices down in the domestic market. 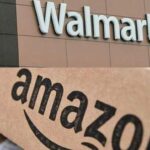 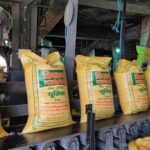