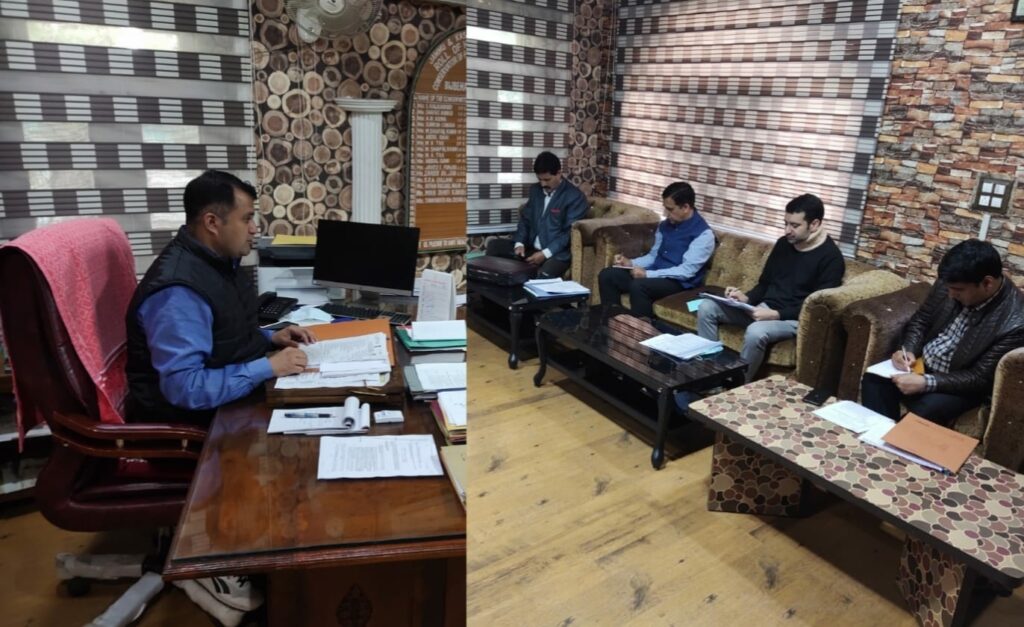 Srinagar, April 24: A review meeting was held under the chairmanship of Conservator of Forests Irfan Ali Shah at Forest Complex , Bijbehara  in which progress achieved with respect to   planting and Greening efforts  in South Kashmir was discussed. The targets and achievements made so far under the flagship Green J&K Drive programme of the Department was also reviewed. The Conservator of Forests expressed satisfaction over 100 percent target completion under GREEN J&K Drive including Har Gaon Haryali, One Beat Guard One Village Programme by involving the locals as well as representatives of grass root level  Panchayati Raj Institutions.

The DFOs were directed for dedicatedly pursuing the development of the Local Biodiversity Strategy and Action Plan for major towns in South Kashmir under CLIMATE RESILIENT CITIES and other Government Initiatives.

Under the Green India Mission, which is being implemented in the Union Territory for the first time, the Conservator stressed on treating degraded forest landscapes of Shopian and at the same time generating employment for locals  through these programs. He said  alternate fuel energy and livelihoods support kits  shall be provided to forest fringe communities under this mission.

It was informed during the meeting that  under the MGNREGA convergence scheme, more than 6000 number of mandays have been generated in South Kashmir in the last   fiscal, which has helped in providing of livelihoods to locals. The Conservator of Forests stressed for generating  livelihoods for youth and for income generation through various integrated forestry interventions  in South Kashmir under Forests for Livelihoods program.

He also congratulated the forest officials for opening up all Trek routes in record time however he directed for  identification of new Trek routes at the earliest so that local people get benefitted and develop a new connect with the forests. He also directed DFOs to organize skill development and Training camps for local youth as Trek guides, which will generate employment for them. He also directed the concerned to tie up with Education Department for organizing trekking programs as per age groups for College students and school children. The Conservator laid stress on placing hoardings and banners at prominent places all across South Kashmir for raising awareness about various Forestry based Government Initiatives for welfare of people and better development of Forests.

The Conservator of Forests also directed for identifying new suitable sites for construction of new Forest  Rest houses  for local people as well as tourists and stressed on facilitating online bookings through awareness programs for promotion of Eco-tourism in South Kashmir.

He said wetlands and other water bodies including  natural ponds in forests are integrated part of our forests and stressed on maintaining these ponds for the benefit of people and forests. He emphasized on institutionalizing and adapting of “Van se Jal aur  Jal se Jeevan” concepts.

He also reviewed the implementation of Forest Rights Act and directed all the DFOs to ensure the benefits of FRA and other Govt schemes  should reach without hassles to the concerned local Gujjar and Bakerwal and other tribal communities. He impressed upon formation of Self Help Groups amongst tribal communities for strengthening their livelihoods.

He directed for redressing grievances of forest frontline staff and resolution of their all outstanding issues. He informed that for the first time Seniority lists of Multitasking Staff has been finalized now and DPCs shall be held soon. He also directed for speedy disposal of all complaints and grievances of people. 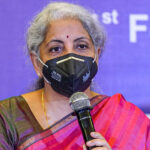 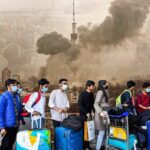