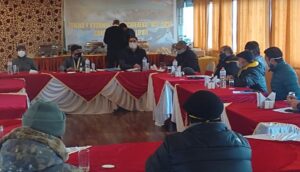 Srinagar, Jan 18:  Travel Agents Association of Kashmir (TAAK) Tuesday held an interactive meeting with Director Tourism Kashmir Dr. GN Itoo and Additional Secretary Tourism Raja Waseem here in Srinagar.
During the meeting, Dr GN Itoo appreciated the role of TAAK in the promotion of tourism sector.
Speaking on the occasion, Director Tourism Kashmir said Kashmir has huge potential for international market and LG Administration is keen to promote it at the international level.
He said the department will provide every support to the travel and hospitality sector in tapping international market especially middle East, a media statement issued by TAAK to Ziraat Times said today.
The Director Tourism further said the government is also ramping up infrastructure especially wayside facilities to cater to the needs of travellers especially foreigners.He said the department has made untiring efforts in the promotion of Kashmir as the country’s top tourism destination.
“With our sustained tourism promotional campaigns within and outside the country, J&K is being looked after as the model for tourism promotion by other bigger states,” said GN Itoo.
While appreciating the role of TAAK, the Director Tourism Kashmir sought various suggestions from the association members in tapping domestic and international market.
Additional Secretary Tourism Raja Waseem who also spoke on the occasion said besides leisure tourism, the adventure, MICE, golf and wedding tourism needs to be promoted vigorously.
Mr Waseem said the department is working closely with the travel trade organisations and consider them as an extended family in the promotion of tourism sector.
The interactive session was held post Executive Committee Meeting of the TAAK which was chaired by its President Farooq  Kuthoo.
Earlier, Kuthoo briefed the Director Tourism and Addl Secretary Tourism about the functioning of the Association in the tourism promotion.
He appreciated the department of tourism for its innovative ways of tourism promotional campaigns and assured his full support to the department in its endeavour to make the J&K as the top tourist destination of the country.
During the interactive session, several executive members of the TAAK gave valuable suggestions to the Director Tourism who appreciated the ideas and promised to work on them.
President TAAK sought full cooperation from the   Department of Tourism in making the holidays of the Travellers memorable experience. 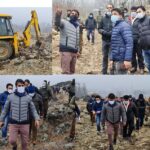 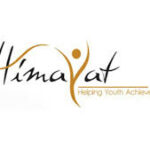