Srinagar, Jan 18: An audit by the Comptroller and Auditor General (CAG) has revealed gaps and loopholes in the implementation of Himayat scheme in Jammu & Kashmir.

In its report on implementation of the Prime Minister’s Development Package (PMDP), the CAG has said the Jammu & Kashmir State Rural Livelihood Himayat Management Mission (JKSRLM), prepared the three years plan for 2016-19 and 2019-22 without any baseline survey and analysis to map the skill gap.

“Audit noticed (May 2019) that the State Perspective Implementation Plan (SPIP) covering a period of seven years was not prepared and instead the Mission submitted (July 2016) a three -year plan for the first phase for the period from 2016 to 2019, followed by another three year plan in February 2019, for the period from 2019 to 2022. The plans were also submitted without identification of trades to be covered under the programme,” reads the report.

The report also states that against 340 sanctioned posts in the implementing unit, there was a shortfall of 63 per cent of posts at the apex level and 100 per cent shortfall at district and block levels.

“There were significant delays in start of projects by 20 Programme Implementing agencies, with respect to deemed date and actual date of commencement,” the report states

Himayat is a placement linked skill training programme for unemployed youth of Jammu & Kashmir and is being implemented by the Himayat Mission Management Unit, J&K State Rural Livelihoods Mission (JKSRLM). The programme is an outcome of the recommendations of Dr. C. Rangarajan committee report submitted to the Prime Minister on 24th February, 2011 which suggested a scheme of skill development for school/college dropouts. —(KNO) 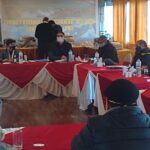 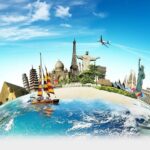