New Delhi, Jan 2:  With a view to give a boost to the agriculture sector, the government is likely to raise farm credit target to about Rs 18 lakh crore in the Budget 2022-23 to be presented on February 1, according to sources.

For the current financial year, the government has set a credit target of Rs 16.5 lakh crore.

The government has been increasing the credit target for the farm sector every year and this time also, the target is likely to be increased to Rs 18-18.5 lakh crore for 2022-23, the sources said.

The number will be frozen at the time of giving final touches to the Budget figure in the last week of the month, the sources said.

The government fixes annual agriculture credit, including crop loan targets for the banking sector. The agricultural credit flow have increased consistently over the years, exceeding the target set for each fiscal. For instance, credit worth Rs 11.68 lakh crore was given to farmers in 2017-18, much higher than the Rs 10 lakh crore target set for that year.

Similarly, crop loans worth Rs 10.66 lakh crore were disbursed in the financial 2016-17, higher than the credit target of Rs 9 lakh crore.

Credit is a critical input in achieving higher farm output. Institutional credit will also help delink farmers from non-institutional sources where they are compelled to borrow at usurious rates of interest, the sources added.

Normally, farm loans attract an interest rate of nine per cent. However, the government has been providing interest subvention to make available short-term crop loan at an affordable rate and help boost farm output.

The government is providing a two per cent interest subsidy to ensure farmers get short-term farm loans of up to Rs 3 lakh at an effective rate of seven per cent per annum.

An additional incentive of three per cent is being given to farmers for prompt repayment of loans within due date, making the effective interest rate four per cent.

To enhance coverage of small and marginal farmers in the formal credit system, the RBI has decided to raise the limit for collateral-free agriculture loans from Rs 1 lakh to Rs 1.6 lakh.

The interest subvention is given to public sector banks (PSBs), private lenders, cooperative banks and regional rural banks (RRBs) on the use of their own funds and to Nabard for refinancing RRBs and cooperative banks. 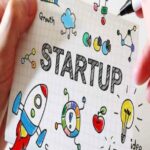