In a preas statement today, CCIK said that the continuous closure of Jamia Masjid for Friday prayers has hurt religious sentiments of Muslims.

President CCIK Tariq Rashid Ghani said government should immediately allow people to resume Friday prayers at the Jamia Masjid as it has not only hurt religious sentiments of the Muslim community but has also hit the economic activities in the area.

Mr Ghani said Jamia Masjid attracts devotees in large numers on Fridays which would also provide business to the traders and small vendors.

“Closure of the Masjid caused immense grief among the locals and also hit the traders. Jamia market is the oldest and one of the main markets in Srinagar which would fetch good business to the traders , shopkeepers and vendors who have been left to fend for themselves”, he added. 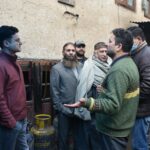 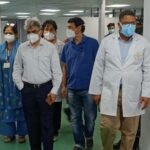