New Delhi, Nov 7: The union government was still willing to listen to the protesting farmers, Finance Minister Nirmala Sitharaman told reporters after the BJP’s national executive meeting was held in Delhi on Sunday. The meeting was attended by 342 BJP leaders and inaugurated by Prime Minister Narendra Modi and party president JP Nadda.

Addressing the media, finance minister Nirmala Sitharaman said that a political resolution was passed at the BJP’s national executive meeting in Delhi on Sunday.

On the three contentious farm laws against which farmers have been sitting in protest since last November, Nirmala Sitharaman said, “We are open for talks. Please tell us what you are opposed to in the laws. We have not been told what the objection is and their [farmers’] story is incomplete. We are still willing to listen to the farmers.”

She also said that at the meeting, the work done by the government in the agriculture sector was discussed.

“Minimum support price has been increased 1.5 times. Kisan credit cards have been distributed. Pumps in farmyards [have been installed],” party members reportedly stated during the meeting.

Regarding the COP26 climate summit in Glasgow which PM Modi attended, the party discussed India’s international position on climate change and how to fulfill the nation’s obligations for 2030 and 2070.

PM Modi’s ‘panchamrit’ on climate change was discussed as a new aspect that strengthened India’s commitments. 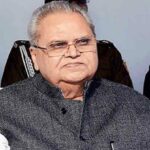 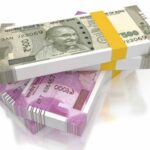