Srinagar, Nov 13: The Jammu and Kashmir Committee for Fixation and Regulation of Fee of Private Schools (FFRC) on Saturday said that some private schools were violating its orders by charging the annual charges.

According to the FFRC communiqué obtained by news agency Kashmir News Observer (KNO), “Parents Association of Private Schools of Kashmir (PAPSK) has submitted a complaint wherein they have stated that the school authorities are misleading the parents by saying that the FFRC has fixed their annual fee.”

“Since the schools due to COVID 19 pandemic are still closed the schools will have to abide by the orders of the government or the FFRC and collect the tuition fee alone, till such time schools reopen,” reads the communiqué.

It further reads that the government has already directed the schools to charge tuition fee and the schools were further asked that annual fee will be collected by the school management on a pro-rata basis when the schools re-open.

FFRC said that the school managements are duty bound to abide by and faithfully follow the orders that have been fully endorsed by the committee.

Last year, the government warned the private schools of strict action in terms of relevant provisions of Law in case of any violation found against the school management.

In this regard, a circular was issued by Directorate of School Education Kashmir (DSEK), regarding the complaints against various private schools for charges miscellaneous and other charges. 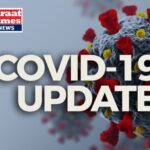 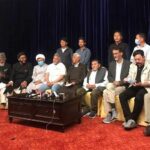