Mobile internet services were snapped at more than thirty places on Thursday, a day after three militants were killed during a shootout in Srinagar.

As per officials, security agencies have taken this step to prevent spread of misinformation.

“Police realised that some anti-social elements were inciting people by publicising videos. After the encounter on Wednesday, some locals had staged a protest.” 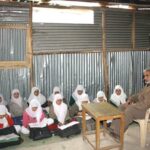