The interaction programme included over 60 women entrepreneurs from J&K working in a variety of sectors, including beekeeping, dairy, handicraft, journalism, copper works, and furniture manufacturing, among others. The event featured success stories of women entrepreneurs from across the UT who have been benefitted under different schemes initiated by the J&K government.

The Union Finance Minister lauded the efforts of LG administration for creating a successful women Entrepreneurship culture in the UT of J&K which is unique among the country. She said it is encouraging to see that the women entrepreneurs here are in such fields which were not taken by many and were usually male dominated.

During the interaction, the Union Finance Minister listened to the inspiring stories of women entrepreneurs in J&K and how they rose above the challenges to benefit their society at the grassroots level.

“The land of Kashmir is the land of Maa Sharada and that absolute power-packed knowledge-driven energy is what has come out here. I appeal to you to move around the country and share your stories”, she remarked.

She also encouraged the women entrepreneurs and the Mission Director, RLM to prepare a detailed plan, after threadbare consultations, on how they could be facilitated in a much better way. She said the action plan can further be incorporated in the next budget.

On the occasion, Lieutenant Governor, Manoj Sinha highlighted the key initiatives initiated by the J&K administration for supporting women entrepreneurs under different schemes, commensurate with their educational background and experience.

The Lt Governor observed that the culture and tradition of our country considers women to be a form of power and in J&K, we have ensured that women rise as a beacon of enlightenment and become vital drivers in the developmental journey of Jammu & Kashmir.

“It has always been my firm belief that the contribution of women in economic activities is by no means less and there will be many examples where their contribution is much more than that of men. Therefore, last year itself, the UT administration had taken a decision to move ahead from the talk about empowering women and to implement programmes on the ground, in a concrete way to establish their rights”, the Lt Governor asserted.

The Lt Governor noted that the government is empowering women entrepreneurs through a slew of focused programs such as ‘UMEED’, ‘SAATH’ and ‘HAUSLA’. Through these programs a new confidence, a new spirit is being created by making them more capable so that half of the population can play their constructive role in the journey of J&K’s progress, he said.

“Today, 54,325 Self-Help Groups have been formed under the UMEED program to empower women in rural areas to become financially independent and more than 4.5 lakh women have been associated with it. I am very happy that financial assistance of about Rs. 1000 Crores has been provided to the women entrepreneurs of UMEED Self Help Group, which will strengthen their business”, the Lt Governor observed.

He further stated that keeping in mind the success of the UMEED program, this year we have set a target of connecting One lakh additional rural women to this program. Along with this, J&K Livelihood Mission has launched ‘SAATH’ initiative, under which a training programme has also been started to select 500 women entrepreneurs from rural areas to expand their business. “I sincerely hope that this movement of UMEED Scheme will inspire other women of the society as well to become a symbol of women’s self-reliance”, the Lt Governor added.

The Lt Governor also highlighted the recently started innovative programmes for women empowerment in Agriculture and financial sectors in the UT of Jammu & Kashmir.

“Since 70 percent of the population of Jammu and Kashmir is dependent on agriculture, we have started another innovative program on women empowerment in rural areas. A cadre of ‘Krishi Sakhi’ and ‘Pashu Sakhi’ with 938 women has been created in different districts of the UT, which will train 75 thousand women farmers associated with agriculture and horticulture for Sustainable and Integrated Farming. The initiative will also give impetus to the reforms in the agriculture sector, the backbone of the economy”, the Lt Governor noted.

He further said that ‘UMEED Women Haat’ has been started with the aim of providing a market to the self-help group of women, through which they can not only sell their manufactured goods at one place, besides facilitating market linkages for the future. The 40 Model Clusters for women, e-Marketing platforms and ‘Digipay Sakhi’ are going to channelize the inner strength and potential of women and allow them to scale new highs, he added.

The Lt Governor asserted that the government of J&K is committed to strengthen the ecosystem of Women Entrepreneurs in Jammu and Kashmir. He informed about the recently launched ‘HAUSLA’ program whose main objective is to provide training, market, network and handholding to women entrepreneurs of the UT, enabling them to expand their business amidst the ever changing dynamics of business processes.

He expressed gratitude to the Union Minister for Finance & Corporate Affairs for her continuous support and expressed hope that the Union government’s active participation will lay a strong foundation for economic and social freedom in Jammu and Kashmir.

During the interaction, several women entrepreneurs also spoke and remarked about their journey of becoming successful entrepreneurs. The Union Finance Minister and the Lt Governor also distributed sanction letters of various credit related schemes to women entrepreneurs, on the occasion.

Atal Dulloo, Additional Chief Secretary, Finance, in his welcome address said that Women have a long history of being entrepreneurs, from home to MNCs. There is no field where they have not made their presence felt. The present government endeavours to support the women entrepreneurs in every step of their journey and several schemes like SAATH, HAUSLA, TEJASWINI have been started here. He added that during the Back 2 Village programme, 6679 women entrepreneurs were provided loans for self employment. 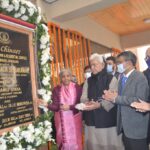 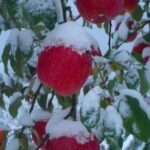