Srinagar, Oct 4: Even after nine years since the foundation stone of much hyped fruit terminal in Bijbehara area was laid, the project awaits completion.

Many traders and growers told news agency—Kashmir News Observer (KNO) that the government was “non- serious” in completing the project.

Apple traders said they were disappointed due to the “non- serious attitude of the government” to improve trading facilities for their production in the area, known to growing fruit production.

“We were promised that the market will have 600 shops, market yards, weighing bridge, administrative block, bank, post office, cold storage, and other facilities,” Manzoor Aziz, a fruit grower said, adding the fruit traders were expecting the market would have been made functional by now, but the government has been sitting over the proposal.

The traders said,  besides easing the trade, the market would have created jobs for hundreds of local youth.

“The administrative apathy has kept the entire project hanging which clearly shows the attitude of the government towards the development of the Horticulture sector in the UT,” said Mohammad Abbas, another fruit grower.

While showing displeasure over the delay in the completion of the project, the traders complained the department has failed to complete the facility even after contributing money from their own pockets.

“The planning and marketing wing of Horticulture Department has even received a contribution of Rs 1 lakh each from over 1000 traders and growers for allotting them space but on ground we haven’t got any relief,” they said.

“It seems only the contributions of the growers have been spent on the project, that is why it takes so much time,” traders said.

“We request LG Manoj Sinha, and director Horticulture Planning and Marketing to personally look into the matter and complete the project at an earliest so that they can heave a sigh of relief.

The project was announced in the year 2013 with an aim to attract top fruit growers from the country and with an estimated cost of Rs 35 crore. The foundation stone was laid by then Chief Minister of the erstwhile state of J&K Omar Abdullah and 440 kanals of land were notified for it.

Vishesh Paul Mahajan Director Horticulture Planning and Marketing J&K while talking with KNO said that work on Jablipora Bijbehara fruit terminal is going on full swing and it will be completed before next fruit season.

He said the earlier government had notified 440 kanals for the fruit terminal but at present there are just 298 kanals of land available as rest of the land has been used by the government for other purposes.

“We were thinking of providing around 800 to 900 shops to traders but now around 150 kanals of land has been utilized for some other purposes, so less shops will be allocated and some facilities will also be altered. But we are working on how to handle the issue and are sure it will be functional next season,” he said . —(KNO) 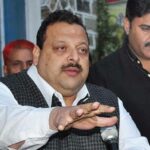 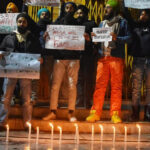