Mohand Marg, hidden up in the mountains above Lar- Manigam in the Ganderbal District Kashmir is a verdure meadow. It is  associated with the memory of iconic British explorer and Sanskritst Sir Aurel Stein, the editor-author of Kashmir’s own ancient history- Kalhana’s Rajatarangini.  It is here his soul and heart lives made for each other. Minus the mention of the Mohand Marg, Sir Aurel Stein  is incomplete in his references. He was  called  as  ‘Marg Ka Babu’ by people around Marg and is still  remembered vividly. During his absence, the Margused to be guarded zealously by Choudry Faquir Mohammad Chichi  the Nambardar  then and Faqira Gujjar of Anderwan, Manigam, Kangan whose great grandson Mir Alam this writer met   a few years back , said   that in due deference of their elders wishes  the legacy is still carried from generation to generation without fail  and    remembers still Stein Sahib and his Dash, the dog.

He stayed at the Marg in a tent during his long links with Kashmir that lasted nearly 55 years.  Enchanted by the beauty and grandeur of this beautiful meadow , he called it his ” adopted home and the most beautiful carpet in the world with its yellow and blue flowers”.  He happens to be the only person who ever lived on this meadow but only in a tent and not under any permanent roof of a concrete structure.It requires mention that during then Conservator of Forests, of the State W.H. Love Grove 1907-1915,  did give as a special case,  permission to build a Bungalow , in the Meadow, but,  he prefered not to fiddle with the Nature’s gift, so it should be even now.

During his lifetime there (1895-1943) no one visited the spot except him, though it was an extraordinarily beautiful spot. It has and even currently never been a tourist destination in a conventional sense.  There is no structure at Mohand Marg, except a Memorial Stone commemorating Stein’s Kashmir’s legacy and his links to the meadow.

With Stein’s death in 1943 in Kabul , Mohand Marg fell into oblivion and receded from public memory among the Kashmiris. No one talked or visited it for tourism purposes ever since. It was only recently (2017) that Indus Discoveries a local tour operator, Department of Tourism,  INTACH Srinagar Chapter and  The  University of Kashmir through its Department of Central Asian Studies, revived Stein’s Kashmir legacy and heritage by holding an International Seminar and reinstalled the earlier vandalized memorial stone by a new one. Alongside, with the support of the government a museum  of Stein’s legacy is under construction at Lar, Ganderbal. These befitting initiatives are worthy of acknowledgement of perpetuating Sir Stein’s Kashmir legacy and heritage which has given Kashmiri society an international recognition and fame given Stein’s iconic reputation in the history of world. Lately, it is known that a proposal is underway to construct a 10KM motor able Road from Lar to Mohand Marg and to Lal Marg. Should the road come up, it will regrettably bring all modernity and human crowd and chaos and kill the verdure meadow of its pristine glory and charm.

Building Road up to Mohand Marg will bring all kinds of modernity, concrete structures, hotels, hawkers, ruffians, anti-social elements and above all with it undesirable encroachment, pollution, plastic and other kinds of defiling stuff to eat away the beautiful meadow. This will be a singular disservice to  Sir Stein’s legacy and heritage in whose sake, probably,  the  road has been proposed to the Marg. It is pertinent to state that Stein himself never promoted human habitation on the Marg and no one except him lived there. The proposed road is thus undesirable and can be a threat to the meadow and the very purpose of Stein’s legacy. The construction of the road will also result in irreversible damage to the green heritage of the area and serious blow to the fragile Eco-system of this place.

Instead it is urged and implored that a passable mountain path for visitors and trekkers to the meadow be laid in a very basic manner that will maintain the ecology, green cover and maintain the natural ambience of the meadow and its surroundings.

The  concerned  and Stein lovers therefore implore that the proposal of the construction of road to Mohand Marg be cancelled, rather banned even for all the times  to come to save the Marg, to perpetuate the actual legacy and heritage of Stein’s links with the meadow in particular and Kashmir in general and to save the green cover and ecology of the area. This indeed will be a true tribute to Sir Aurel Stein. He, for whose sake of memory and legacy  the road is proposed to be built  himself, would have opposed it to save the meadow. Perhaps nothing can make Sir Stein’s soul at Mohand Marg unhappy and distraught than the idea of a public road to this glorious virgin meadow.Need of the hour is to  save the meadow,  the fragile green ecology of the  area  that commemorates   in  honour the posthumous wishes of Sir Aurel Stein’s soul,    by cancelling  the proposed road.

It is therefore prayed that the reason, logic and purpose of our plea will be understood, addressed and implemented to disregard the popular cacophony of  ignorant masses that have vested interest or any political consideration. Let nothing and no one destroy the scenic beauty of Kashmir for which it is honoured and known all over the world. Saving Mohand Marg is a test case towards this endeavour. The need and purpose is to preserve the Marg and promote Sir Stein’s legacy and not destroy the former and dishonor the latter by  building the road.

Keeping in view   the  implications, the proposal of the road  to Mohand Marg be disbanded forthwith.

This solicitation has the support and claim of many eminent scholars and public personalities both in Kashmir, within India and  across the world.

As such  this cry from the heart  is granted and  Sir Aurel Stein’s posthumous legacy and heritage is left unblemished and untarnished with NO ROAD to Mohand Marg.

(The writer is a Jammu based environmentalist ) 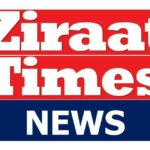 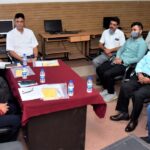