This means that even though fewer startups raised money in the first two months of the third quarter (July 1 to September 1), the funding amount increased significantly.

As usual, Bengaluru cracked the most number of deals.

Edtech giant Eruditus had cracked the biggest deal of August, when it raised $650 million led by Accel and SoftBank. The company was valued at $3.2 billion and turned out to be the fourth edtech unicorn — startup with over a billion dollar valuation — of India.

Ronnie Screwvala-led upGrad too entered the unicorn club, after raising $185 million at a valuation of $1.2 billion. The company raised fresh funds from Temasek, IFC (International Finance Corporation, a sister organisation of World Bank) and IIFL.

Unacademy, which is the second edtech startup to enter the unicorn club, raised $440 million last month in a round from Mirae Asset and SoftBank. The company is now valued at $3.44 billion.

Byju’s continues to be the highest valued edtech startup in the world, at a valuation of $16.87 billion. 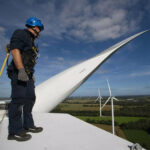 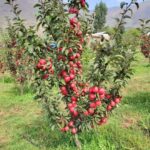