New Delhi, Aug 3: Finally, the government has leveraged blockchain technology (used by cryptocurrencies) to digitally certify startups and help them receive a range of incentives, such as financing assistance, tax exemptions and relaxations in public procurement norms without much hassle. Blockchain is a decentralised, distributed and immutable public ledger.

The block chain-enabled certificate verification platform, which has been developed by the department for promotion of industry and internal trade (DPIIT), will also facilitate aspiring entrepreneurs to access the ₹10,000 crore Fund of Funds for Startups (FFS), a ministry of commerce and industry official said.

The technology to verify startups will come handy for various government departments, public sector firms, banks and investors as it is in sync with Startup India’s legacy data to verify over 50,000 recognition certificates, the ministry official said.

“The platform will eliminate the need for DPIIT and Startup India to authenticate individual startup certificates for relevant stakeholders, enabling quick turnaround in inter-departmental verification process,” he said.

The additional layer of security, enabled by blockchain, makes the startup certificates tamper-proof and immutable. By design, all records stored on blockchain are encrypted, ensuring the details cannot be altered once uploaded. Every stored record is assigned a unique digital identity that safeguards it from tampering, he said.

Madhurima Agarwal, director, engineering programmes at software firm NetApp India, said that the government’s move would reduce the compliance burden on startups. “Currently, startups have to make separate submissions to various authorities, intermediaries and regulators that increases the time spent on compliance and at the same time leads to duplication of efforts,” she said.

Agarwal, who is also leader for NetApp’s startup programme NetApp Excellerator, said now the world is moving beyond Bitcoin to adopt enterprise-distributed indelible ledgers, setting the stage for a transformation that’s exponentially bigger than the impact that cryptocurrency has had on blockchain in finance.

An inter-ministerial committee under the chairmanship of economic affairs secretary has, however, recommended that all private cryptocurrencies, except any cryptocurrency issued by the state, should be prohibited in India. The government is yet to take a final call on cryptocurrencies. 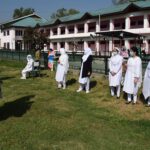 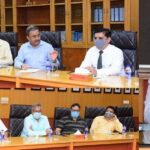