JAMMU, AUGUST 03: A delegation comprising various representatives of trade and industry met the Chairman and Managing Director J&K Bank R K Chhibber here at the bank’s Zonal Office. During the interaction various issues faced by the business community came up for discussion.
The bank’s Director-on-Board Vikram Gujral, Zonal Head Jammu Central I Shareesh Sharma were also present on the occasion, while as the representatives from the trade and industry Jammu included Neeraj Anand (President Traders Association), Lalit Mahajan (President Bari Brahmana Industrial Association), Raman Gupta (Sr. VP), Shiv Kumar Gupta (VP), Dinesh Gupta (Gen Secy.), Tushar Mahajan (Secy.), Ajay Gupta (Joint Secy.), Prag Abrol (Treasurer), Devinder Gupta (President Fruit Mandi Jammu), Parveen Gupta (Co Chairman), Vraj Malhotra (Gen Secy.) and Vivek Singhal (Treasurer).
Commending the bank’s leadership for adopting a sensitive and empathetic approach to the problems faced by the people in general and business community in the wake of Covid-19 pandemic, the representatives thanked the bank for its continuous support, an official statement said.
“J&K Bank has been there always for us in times of need and we wholeheartedly acknowledge and applaud their critical role in the development of trade and industry here”, the representatives said.
While putting forth certain suggestions to further strengthen the bond between businesses and the bank, the representatives requested the bank to reduce its interest rates and make its OTS policy flexible besides expediting disposal of loan proposals.
In view of the impact of pandemic on the overall business, the delegation asked for a moratorium period as well as 10% additional funding to all the affected businessmen in addition to the facilities extended by the bank through resolution package 2.0.
Requesting that the cases involving higher amounts be sanctioned/settled at earliest, the delegation suggested that Zonal Office Jammu be empowered/upgraded with higher delegation of powers. The representatives also requested for renewal and enhancement of the credit facilities availed by many of the traders of Fruit Mandi Narwal Jammu – whose lease deeds with APMC department were in the process of renewal – without insisting on interim securities.
Pushing for more such meetings in an organised manner between the bank’s leadership and the trade & industry bodies, the delegation called for regular interactions for prompt redressal of their issues.
Listening patiently to the suggestions and requests made by the delegation, the CMD thanked them for their feedback and assured all the representatives that each and every issue raised by them will be addressed on merit and within the bank’s laid down guidelines and regulatory framework.
The CMD further said, “Our growth remains interlinked perpetually to the growth of trade and industry of this UT, and as a major financial institution of the region we are committed to provide you with every kind of financial support within the regulatory guidelines in addition to the best banking facilities and services. 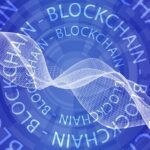 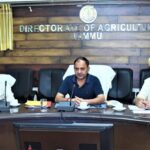