This would mainly involve promoting niche banking, to cater to the specific and varied requirements of customers

The government recently announced new banking reforms, involving the establishment of a Development Finance Institution (DFI) for infrastructure, creation of a Bad Bank to address the problem of chronic non-performing assets (NPAs), and privatisation of public sector banks (PSBs) to ease its burden in terms of mobilising additional capital.

The Indian banking sector has been evolving on a continuous basis, and it will be interesting to trace its journey.

Banking in the past

During the pre-Independence period (till 1947), the Swadeshi Movement saw the birth of many small and local banks and most failed mainly due to internal frauds, interconnected lending, and the combining of trading and banking books. In the second generation (1947-1967), Indian banks facilitated concentration of resources (mobilised through retail deposits) in a few business families or groups, and thus neglected credit flow to agriculture.

During the third generation (1967-1991), the government was successful in breaking the nexus between industry and banks through the nationalisation of 20 major private banks in two phases (1969 and 1980) and introduction of priority sector lending (1972). These initiatives resulted in the shift from ‘class banking’ to ‘mass banking’ and had a positive impact on the expansion of branch network across (rural) India, massive mobilisation of public deposits and incremental credit flow to agriculture and allied sectors. However, the banking industry experienced a decline in asset quality, financial soundness, and efficiency during this period as a result of relaxation in credit appraisal standards to meet the priority sector targets.

The Indian economy has diversified quite significantly and been growing rapidly since 1991, and getting increasingly integrated with the global economy. Therefore, the fourth generation (1991-2014) of Indian banking saw landmark reforms such as issue of fresh licences to private and foreign banks to infuse competition, thereby enhancing productivity as well as efficiency by leveraging technology; introduction of prudential norms; providing operational flexibility coupled with functional autonomy; focus on implementation of best corporate governance practices; and strengthening of capital base as per the Basel norms.

Since 2014, the banking sector has witnessed the adoption of the JAM (Jan-Dhan, Aadhaar, and Mobile) trinity, and issuance of licences to Payments Banks and Small Finance Banks (SFBs) to achieve last-mile connectivity in the financial inclusion drive. For instance, SFBs had mobilised deposits of ₹82,488 crore and extended credit of ₹90,576 crore to small and marginal farmers, and MSMEs (micro small & medium enterprises) by the end of FY 2019-20.

Given the current challenges of a burgeoning population, the ongoing Covid-19 pandemic, and the West’s intention to shift its manufacturing base as well as supply/value chains from China to India and elsewhere, it is essential to say ‘yes’ to fifth generation (2014 and beyond) banking reforms. This calls for a paradigm shift in the banking sector to improve its resilience and maintain financial stability.

The Narasimham Committee Report (1991), as well as the discussion paper on Banking structure in India – The way forward (Reserve Bank of India, 2013), emphasised that India should have three or four large commercial banks, with domestic and international presence, along with foreign banks. The second tier may comprise several mid-size lenders, including niche banks, with economy-wide presence. In accordance with these recommendations, the government has already merged few PSBs, initiated steps towards setting up of DFI, Bad Bank, etc.

Though the universal banking model has been widely preferred, there is a need for niche banking to cater to the specific and varied requirements of different customers and borrowers. Essentially, these specialised banks would ease the access to finance in areas such as RAM (retail, agriculture, MSMEs), infrastructure financing, wholesale banking (mid and large corporates) and investment banking (merchant banking and financial advisory services).

Hence, risk management can be more specific and the neo-banks can leverage the technology to further (digital) financial inclusion and finance higher growth of aspirational/new India. These specialised banks will not indulge in cross selling of insurance and mutual funds and instead offer niche financial services to customers. They can have need-based infrastructure and be staffed with professionals with specialised skill-sets from the market. Regulatory surveillance through prudential supervision and control over the banks may be easier.

Further, the proposed DFI/niche banks may be established as specialised banks to have access to low-cost public deposits and for better asset-liability management. Then the depositors/investors will have wider options to park their money into various time buckets based on their risk appetite, thereby taking advantage of the yield curve.

Further, the existing strong local area banks and urban cooperative banks may be converted into RAM banks and be freed from dual control. They also may be encouraged to get listed on a recognised stock exchange and adhere to ESG (Environment, Social Responsibility, and Governance) framework to create value for their stakeholders in the long run.

Till date, failure of universal banks has been a rare phenomenon and the hidden sovereign guarantee (as government does not allow banks to fail) is the main reason for superior public confidence in the banks. But the fifth generation banking reforms should focus on the need for higher individual deposit insurance and effective orderly resolution regimes to mitigate moral hazard and systemic risks with least cost to the public exchequer.

While promoting niche banks, the government should tighten the loose ends by allowing them to build diversified loan portfolios and have cross-holdings to mitigate concentration/market risks, establishing sector-wise regulators, bestowing more powers to deal effectively with wilful defaulters, and paving the way for the corporate bond market (shift from bank-led economy) to create a responsive banking system in a dynamic real economy. 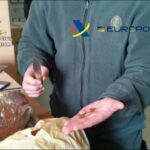 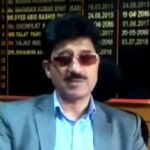