Srinagar: The Union Ministry of Labour and Employment has announced a hike in variable dearness allowance (DA) from Rs 105 per month to Rs 210 per month for central government employees.

A senior J&K government official told Ziraat Times that as of now it was no clear if government employees of Jammu & Kashmir, now directly under the central rule, would benefit from this or not.

“We have not received any communication on this so far. Nor is there a clarity if this kind of hike is legally tenable for J&K or not”, an official at Finance Department said.

Pertinently, the hike, announced on Friday, May 21, effective from April 1, 2021, will also, result in an increase in the rate of minimum wages for over 1.5 central sphere employees and workers.

“This will benefit about 1.50 crore workers engaged in various scheduled employments in the central sphere across the country. This hike in VDA will support these workers, particularly in the current pandemic times,” Union Labour Minister Santosh Gangwar said.

Variable DA is revised on the basis of the average Consumer Price Index for Industrial Workers (CPI-IW). The average CPI-IW for July-December 2020 was factored in for the latest VDA revision, according to the Labour Ministry. 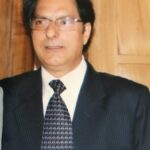