Speaking to Ziraat Times, President Kamili said that release of Rs 250 crore interest subvention reflects the seriousness of Lietuanant Governer Manoj Sinha in handholding the businessmen who have immensely suffered over the years.

He also said that it will boost the morale of the businessmen of J&K who are struggling to keep their business afloat in this pandemic which is proving disaster for the GDP of J&K like other states.

President Kamili said that earlier installments worth Rs 500 crore as interest subvention has helped the businessmen to revive their units to a larger extent. He expressed hope that government will continue to take further steps in coming days to boost the economy of Jammu and Kashmir and help people to overcome difficulties with due attention to business Community.
“The interest subvention by Government would provide a major relief for the business sector in J&K. I hope the Lieutenant Governor would continue such initiative in J&K till the economy is back on track.,” he said.

FCIK highly appreciates FC Finance for carving out Rs 250 cr amount at this critical hour when whole country is fighting a dreaded virus, he said.

However, President Kamili sought the intervention of the LG in addressing other issues of unit holders which have been taken up with him during the meeting. The FCIK President seeks intervention of LG Sinha to formulate a financial package to compensate the business community for the losses suffered after August 5, 2019 and worsened by the two waves of Covid19 which led to shutdown of business activities. 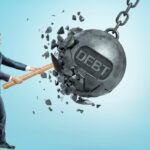