Srinagar: The J&K administration on Thursday directed the divisional administration to impose ‘Corona curfew’ from 10 pm to 6 am in the urban areas of the eight districts.

The eight districts that would witness the night curfew include Jammu, Udhampur, Kathua Srinagar, Baramulla, Budgam, Anantag and Kupwara.

Netizens have expressed skepticism about the efficacy of this ‘corona curfew’ citing a complete lack of night time social and economic activities in Kashmir region and the absence of any bar on mass gatherings and functions happening during daytime.

“One wonders what this curfew actually means and what it intends to achieve. People were expecting some bar of social and economic activities, including those happening at official level involving large number of people. There is barely any night time activity in J&K. How can it be effective?”, Samreen Khan, a netizen wrote on Facebook.

Night Hafiz, a well known writer and academic, wrote “How about the rush of people at Mughal and Tulip Gardens? It is disgusting, what for a night curfew when there is no life after seven in the evening?”

According to the government order, the curfew will be in force in the municipal limits of the Urban Local Bodies of these districts. “This will come into effect from Friday (April 9) 10 pm,” the tweet stated, adding that “Reasi district will be under close observation for any possible spike in cases.” 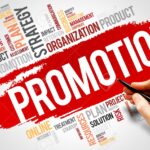