Gifted children are likely to be the next generation’s innovators and leaders — and yet, the exceptionally smart are often invisible in the classroom, lacking the curricula, teacher input and external motivation to reach full potential.

This conclusion comes as the result of the largest scientific study of the profoundly gifted to date, a 30-year study conducted by researchers at Vanderbilt University’s Peabody College of education and human development.

David Lubinski, professor of psychology and human development at Peabody, led the study, which tracked 300 gifted children from age 13 until age 38, logging their accomplishments in academia, business, culture, health care, science and technology. The results were recently published in a paper titled “Who Rises to the Top? Early Indicators,” in Psychological Science.

The children for the study were selected using above-level testing procedures, namely SAT verbal or math scores achieved at age 13 or younger that placed them in the top .01 percent in reasoning ability. The children’s accomplishments were impressive.

Of the 320 participants, 203 went on to earn master’s degrees and above. Of these, 142 (about 44 percent) also earned doctoral degrees — markedly higher than the general population (around 2 percent). The majority of the children went on to pursue careers of note, becoming senior leaders at Fortune 500 companies, prolific software engineers, physicians, attorneys, and leaders in public policy, including one who advised the President of the United States on national policy issues.

Despite their remarkable success, researchers concluded that the profoundly gifted students had experienced roadblocks along the way that at times prevented them from achieving their full potential. Typical school settings were often unable to accommodate the rapid rate at which they learned and digested complex material. When students entered elementary and high school classrooms on day one having already mastered the course material, teachers often shifted focus away from them to those struggling with the coursework. This resulted in missed learning opportunities, frustration and underachievement, particularly for the exceptionally talented, the researchers suggest.

“There’s this idea that gifted students don’t really need any help,” Kell said. “This study shows that’s not the case. These people with very high IQs — what some have called the ‘scary smart’ — will do well in regular classrooms, but they still won’t meet their full potential unless they’re given access to accelerated coursework, AP classes and educational programs that place talented students with their intellectual peers like Peabody’s Programs for Talented Youth.”

While there are programs in place to help those with learning disabilities, there are none federally mandated for the gifted, Lubinski added. “The higher the intellectual ability, the more difficult it may be to match a student with appropriate educational opportunities and curricula. Our study shows what kinds of measures you need to pinpoint the extraordinarily gifted among the gifted students,” he said.

Lubinski concludes that those with extraordinary talent in mathematical and verbal reasoning ultimately were motivated to achieve at higher levels if course material was presented at the advanced rates at which they learned. “Ability, motivation and opportunity all play roles in developing exceptional human capacity and providing the support needed to cultivate it throughout life,” he said.

Lubinski and Benbow are co-directors of Study of Mathematically Precocious Youth. SMPY is a longitudinal study of more than 5,000 intellectually talented participants that focuses on recognizing different types of intellectually precocious students and discovering conditions for enhancing their educational and vocational development. The individuals selected for the study were culled from the SMPY group.

Support for the study was provided by a research and training grant from the Templeton Foundation and by the Eunice Kennedy Shriver National Institute of Child Health and Development grant P30 HD 15051 to the Vanderbilt Kennedy Center for Research on Human Development. 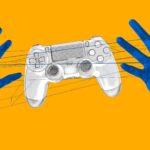 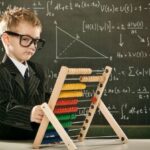