Srinagar, Jan 18: The Federation of Chambers of Industries Kashmir (FCIK) has demanded grant of extension in the OTS-2022 scheme launched by J&K Bank, enhancing time period for repayment and making it applicable to all MSME loans irrespective of their limit.

The demand was raised in a prolonged meeting between representatives of concerned entrepreneurs and FCIK team held on Tuesday in the office premises of the apex industrial body.

The members said that it was heartening to acknowledge that for the first time a uniform and non-discriminatory scheme was launched by J&K Bank to settle NPA accounts. However, it was unfortunate that the concerned enterprises could not take advantage of the scheme for many reasons including their inability to arrange resources within prescribed time limit.

The members informed that the enterprises of the Union Territory whose accounts had been declared NPAs should not be treated as willful defaulters as they been victims of the circumstances beyond their control. They said that frequent business interruptions were mainly responsible for mess in MSMEs’ asset quality as it overburdened the enterprises with idle establishment cost which drastically affected their viability and caused stress to their accounts ultimately leading these to NPAs.

They said that in the “endeavor of saving stressful accounts from slipping into NPAs, the bank in majority of cases had resorted to ever-greening for their own interest of curtailing growing NPAs, which further overburdened the enterprises.” “The principal balances in NPA accounts actually include substantial amount of bank interest accounted for through this mode of ever-greening” informed the members.

The members also complained about the “harassment drive launched by the bank against defaulter MSMEs tarnishing their image and maligning their credibility in the society without having any regard to their genuine business failures.” Apart from the unconducive situation, the members counted a number of reasons responsible for failure of their businesses.

Acknowledging the views of the members, immediate past President of FCIK Mohammad Ashraf Mir assured the members to take up their issue with both the bank and the government for a meaningful resolution. He said that the time constraint in the scheme was coming in the way of its implementation as the enterprises find it almost impossible to generate 50% of the debt within a period of 2 months. He said it was difficult rather impossible to find buyers and realize money for the property of concerned enterprises even though one decided to generate funds through that route.

Mir said that the OTS scheme launched by the bank should have been part of a larger rehabilitation programme of the government to revive sick industrial units in the UT. The government has to explore several methods of resource generation for the enterprises enabling them to pay off their debt to J&K Bank under their OTS scheme which may also include creation of a Special Asset Reconstruction Company.

Mir also regretted that many accounts of MSMEs in the bank had been declared NPA because their payments on account of supplies and job works were not made in time and withheld by government departments.

Mir said that if agreed by the bank, FCIK would volunteer itself to act as intermediary between defaulting manufacturing units and the bank in order to pay every penny of debt back to the bank provided that the bank cooperated with the apex organisation. FCIK will be formally writing to the bank about providing list of defaulting manufacturers in order to come up with solution after consultation with them.

FCIK pleaded the bank authorities not to close the OTS scheme but keep it open till the time some meaningful resolution came out after joint deliberations with the government. He also demanded to apply the scheme to all MSME loans in the UT of J&K and Ladakh beyond Rs 10 Crores as there seemed to be no rationale in keeping the scheme out of bounds for them. The repayment schedule was also too short and needed to be discussed with bank authorities, he said.

Speaking on the occasion, former President FCIK Zahoor Ahmad Bhat reminded the government that it was imperative upon it to come up with a robust rehabilitation scheme for revival of sick industrial units at the earliest. He said that revival of sick industry would not only put the locked industrial assets of hundreds of crores to use but also would pave way for generation of large employment opportunities for unemployed. 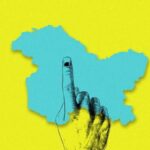 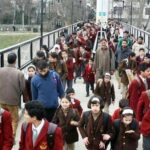