Srinagar, Nov 9: A hotel owner from Pahalgam area of Kashmir’s Anantnag district travelled nearly 70 kilometres to return money to a tourist that he had forgot in the hotel room in Pahalgam.

As per details available with the news agency—Kashmir News Observer (KNO), Abdul Wahid Wani, owner of Best View Resort at Ladroo, Pahalgam returned Rs 19,700 to the tourist that he had forgot while leaving the hotel.

Taking to KNO, Wahid said a tourist namely Ramesh Choudhary had stayed in his hotel and next day his daughter came to clean the room and found Rs 19,700 there.

“We were waiting to return the money to the owner and on November 08 I received a call of the tourist who had forgot the money. I returned the money to his on the same day,” he said.

Meanwhile, Ramesh who got his money back told KNO that the hotel owner travelled 70 kilometres to return him the lost money.

“I am very thankful to the man who returned my lost money,” he added. —(KNO) 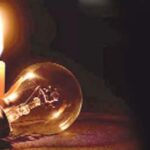