Sopore, Oct 31: The Jammu & Kashmir Government has set the ball rolling for outsourcing of its only apple juice plant in Kashmir Valley, which was set up nearly four decades ago.

The J&K Horticultural Produce Marketing and Processing Corporation (JKHPMC), which owns the plant, has floated a tender for its operation, maintenance and commercialization.

The plant was made operational in 1985 with a capacity of producing 10,000 metric tonnes concentrates per year.

The decision to outsource the plant was taken by the JKHPMC’s board of directors in its meeting held on July 26, 2021, saying operation of the plant by the Corporation was not a good option.

It authorized the managing director, JKHPMC to outsource the apple joint plant by signing a concessional agreement with a registered company/firm/agency associated with the food processing sector.

According to the minutes of the meeting of HPMC’s BoD, the outsourcing could earn reasonable royalty and would contribute to sustainability of the Corporation.

Meanwhile, locals told the news agency—Kashmir News Observer (KNO) that the successive regimes have turned a blind eye towards the plant and it has been lying dysfunctional from the last four years.

“If the plant would have remained functional, it would have generated crores of rupees annually,” they said.

Mohammad Saleem, a local associated with the fruit business, said they used to supply the leftover apples to the unit and were earning good profits.“But since the unit is not running, the leftovers are thrown away,” he claimed. —(KNO) 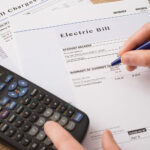 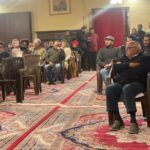