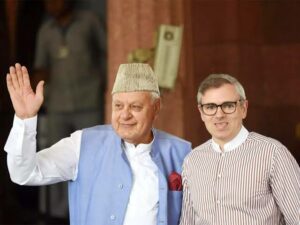 Srinagar, Nov 18:  In a surprise move, Jammu and Kashmir National Conference president  Dr Farooq Abdullah has stepped down as the party chief and elections are scheduled to be on December 5.

Imran Nabi Dar, party’s chief spokesperson, a short while ago on Friday,  made the following announcement:

“Dr Farooq Abdullah Sahib has informed his colleagues of his decision to step down as president of JKNC. In spite of the best efforts of senior colleagues in the party Dr Sahib was adamant that he wouldn’t review his decision. In light of this sudden announcement which has caught everyone by surprise the party General Secretary, as per the party constitution, has been tasked with conducting the election for party president which will be completed on 5th Dec. Until that time Dr Sahib continues as President of the party.”

Meanwhile, social media remained rife with speculations whether Mr Abdullah had really resigned or not.

News agency KNO quoted Dr Farooq Abdullah as saying that he had not resigned.

“I am still the party chief till elections and till someone else is ready to the responsibilities of this post,”  news agency Kashmir News Observer (KNO) quoted Dr Farooq as saying. 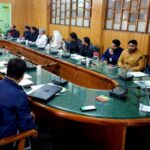 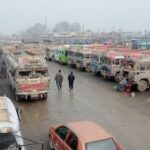