During the meeting, the Lieutenant Governor was briefed by the officials on progress made by the Revenue Department on the directions passed in the previous meetings to streamline the delivery of revenue related services and other achievements.
The Lt Governor asked the department to adopt multidimensional approach in its endeavour for bringing transparency in the system.
“Directions passed in previous meetings should be implemented in time-bound manner to ensure ease of living to citizens. It is the prime duty of the administration to empower people, make the system and process transparent,” the Lt Governor said.

On the steps taken to evict encroachers from State Land, the Lt Governor issued directions to take appropriate action as per the law for removal of encroachments and planning for its land use.

Close liaison should be maintained by the revenue department with civil administration, police authorities to detect any attempt to encroach upon the state land and safeguard it from unauthorized construction. Officials on the ground must ensure that the poor should not be harassed, said the Lt Governor.

“Every landowner must have computerized and easily accessible records to avail multiple benefits of the government. Make accountability core part of the revenue department. Officers to be held accountable for any lapse, illegal entries in revenue records,” the Lt Governor said.

The chair was informed that the Digitization of Jamabandis has been saturated.

Shaleen Kabra, Financial Commissioner, Revenue gave a detailed briefing on the measures taken by the department to address the issues and challenges to ensure efficient and transparent system.

He further briefed the chair on the steps taken for Digitization of Cadastral Maps and Geo-referencing of Maps, establishment of IT Cell in the office of Financial Commissioner, Installation of CCTVs with two way audio in Registration offices, etc. 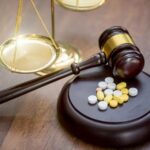 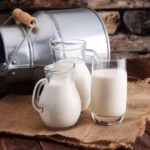