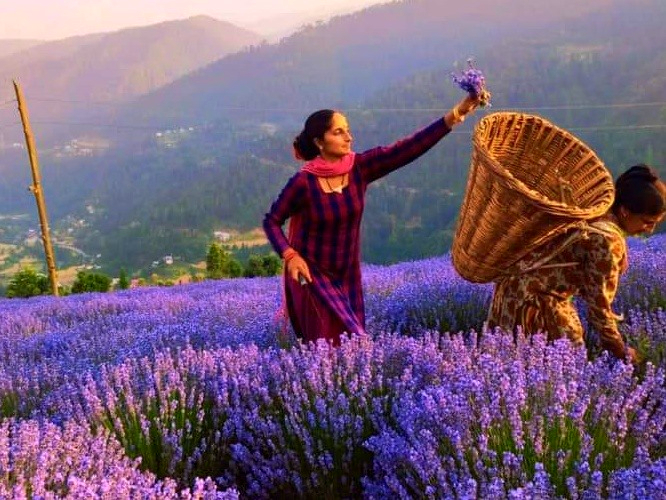 SRINAGAR, NOV 7: Commercial Floriculture in Jammu and Kashmir is helping the farmers to multiply their profits in recent years, thanks to the demand factor and a number of newly emerged entreprenuers. The help of Government sponsored schemes and other related interventions are cominf handy as well.

Centrally Sponsored Schemes (CSS) like MIDH, RKVY, and ATMA are being implemented for the promotion of the commercial Floriculture Sector in J&K.

“The department is organizing regular sessions of training within and outside J&K for farmers/growers in order to make them aware of modern trends in Floriculture Sector.
Unemployed youths and farmers register themselves under these schemes and started their own business in loose and cut flower production, aromatic plant cultivation, ornamental nursery and use of integrated farming for their employment and revenue generation”, an official said.

Notably, cultivation of lavender as part of commercial floriculture has transformed socio economic conditions of farmers in Jammu and Kashmir, mainly in the Chenab valley, under ‘Aroma Mission or Purple Revolution’, an initiative of the Central government towards transforming lives of UT’s farmers community.

As per official data, “Purple or Lavender Revolution” was launched in 2016 by the Union Ministry of Science & Technology through the Council of Scientific and Industrial Research’s (CSIR) Aroma Mission. The aim of the mission is to support domestic aromatic crop-based agro-economy by moving from imported aromatic oils to home-grown varieties.

Lavender cultivation is practiced in almost all 20 districts of Jammu and Kashmir. Under the mission, first-time farmers were given free lavender saplings while those who had cultivated lavender before were charged Rs. 5-6 per sapling.

“Farmers are happy with farming of unconventional aromatic plants under Aroma Mission. The mission promotes cultivation of aromatic crops for essential oils that are in great demand by the aroma industry”, an official said.

Rubbena Tabassum from Yarikalan Chadoora, Budgam has became an inspiration for many youth particularly women due to her dedication and passion which eventually helped her to set up Nursery of Flowers.
Since then it has been no look back for Rubeena, as she is having busy schedule with the engagements in Nursery.
Rubeena says that she started her venture titled as United Floritech with cut flowers. “I started variety of flowers in my Nursery by adding flowers like Lilium, Glidulous and other flowers. Due to huge public demand, I had to hire additional manpower, says Rubeena. Now I am not only self employed, but I provide employment to other workers,” Rubeena said with sense of satisfaction.
Department of Floriculture also contributed a lot by providing 50% financial assistance to erect structure and assistance in procuring high value variety flowers which eventually resulted into flourishing of My Nursery of Flowers, she says.

Bharat Bhushan, a resident of village Lehrote, Block Bhalla Doda feels proud of his decision of adopting lavender farming as his income has gradually increased beyond expectations. Seeing my success all my fellow villagers have switched from maize to lavender farming,” he said. 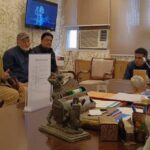 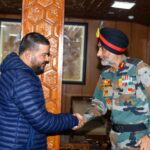