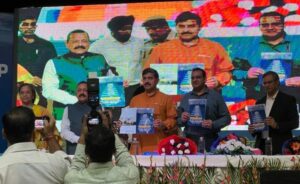 Sourabh Bhagat requested the Union Minister to support JKST&IC to take up more R&D projects as many problems are to be addressed especially among the rural population involving an expenditure of around Rs13.50 crore provided the request for 50% grant financial support be acceded to.

Commissioner Secretary disclosed that the district administration, Jammu, has recently identified a site measuring 50-100 Kanal at Chowadi, Sunjwan, Jammu for setting up of Sub-Regional Science Centre / Museum in collaboration with National Council of Science Museums, Ministry of Culture (MoC).

He urged upon the Union Minister to intervene and take up several issues with other Ministries regarding setting up of other parks like Robotics Park, Life Science Park, Aquatic Gallery, S&T Park, Nature Park etc. on the simulative basis as it is in the Science City, Ahmadabad.

He expressed gratitude to Union Minister for supporting establishment of two Industrial Bio-Technology Parks (ITBPs), one each in Ghati, Kathua and other one in Handwara, Kupwara District of Kashmir.

It was disclosed that IBTP, Kathua, was inaugurated by the Union Minister during the month of May,2022 and it is expected that by February, 2023, IBTP, Handwara will also be inaugurated. Both the IBTP would prove to be a game changer for the people of the UT of J&K as the start-ups could get themselves linked with Bio-Technology Parks for making of value-added products, various Aromatic and Medicinal Plants could be incubated in these parks to make them market oriented through industries. Many line departments could be integrated with the Science & Technology Department through these IBTPs.

The project cost for establishment of IBTPs in UT of J&K is around Rs 85 crore to be shared by the Department of Bio-Technology (DBT), Ministry of Science & Technology and J& K Science, Technology & Innovation Council, S&T Department, Govt of Jammu & Kashmir.

He disclosed that JKST&IC is actively participating and joining hands with other S&T Councils and Department of Science & Technology for strengthening the STI ecosystem in J&K. JKST&IC has started the Support for Innovation & Patent filing scheme wherein it provides financial support to the innovators in the form of seed money that would help them to start with. Many institutions have been taken into loop for identifying the innovators in UT of J&K viz, NIT, IIT and other R&D Institutions etc.so that their innovative ideas could be examined through Scientific Advisory Committee / Technical Committee and if found worthwhile could be facilitated to link them with the International Centre for Entrepreneurship and Technology (Icreate), Ahmadabad for further incubation process with the intent to convert their idea into businesses.

Commissioner Secretary also disclosed that JKST&IC is having a joint venture with Indian Institute of Integrative Medicines (IIIM), Jammu regarding the K -5000 project where in 5000 kanal of land is to be cultivated for making of demonstration farms of Aromatic & Medicinal Plants.

Commissioner Secretary requested the Union Minister to provide requisite funds to JKST&IC for cultivation of 10,000 Kanal of land. 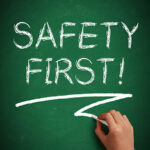 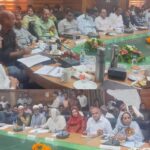