The layoffs are believed to be the result of a global funding slowdown that has also hit Indian start-ups this year, forcing them to conserve cash and discipline themselves.

The slowdown has been more pronounced in India. Analysis by CB Insights showed that in the third quarter of calendar year 2022, India’s share of total venture capital funding that went to Asia fell by nearly half to 14 per cent, compared to 22 per cent in the second quarter. During the same period, China’s share went up from 34 per cent in the second quarter to 42 per cent in the third, even though overall VC funding shrank in Asia. China’s share also rose despite Beijing’s crackdown on tech companies and apprehensions among PE funds. Total venture capital funding in Asia stood at $20.1 billion in the third quarter, down from $29.8 billion in the second.

on quarter, global VC funding and that of the Asian market declined 34 per cent and 33 per cent, respectively. However, Indian venture capital funding fell more steeply. VC funding in India crashed to a ten-quarter low in the third quarter of calendar year 2022 at just $2.8 billion across 387 deals. This was a 58 per cent decline, compared to the $6.6 billion in VC funding across 404 deals in the previous quarter.  The third quarter numbers also represented the lowest level since the second quarter of calendar year 2020, when the Covid-19 pandemic hit the global economy.

On a year-on-year basis, the third quarter decline was even sharper with Indian VC funding at less than one-third of the $9.8 billion clocked last year.

Reports indicate the unicorn rush is also slowing down. According to Venture Intelligence data, India minted 21 new unicorns in the first nine months of calendar year 2022, compared to 30 during the corresponding period for 2021. Start-ups valued at 1 billion dollars or more are popularly known as unicorns.

But, what are the factors spoiling the party for start-ups, particularly in India? Tracxn Co-Founder Neha Singh points to global macro-economic conditions, particularly the fears of a global recession, as a reason behind the slowdown. According to Singh, the funding slowdown in India is expected to continue for the next 12-18 months and its effects are expected to intensify going forward.

And, why is the slowdown particularly pronounced in India? In his column for Business Standard, Ajay Shah, a researcher at XKDR Forum, may have highlighted the reasons even before the recent numbers came out. Shah explained, while the Indian VCs and PEs had great success with several IPOs, many of the richly-priced ones fared poorly after the listing date.

This has not only made it harder for others to list at rich valuations, but it is also feeding back into the funding environment at earlier stages. Shah also pointed to the changing financing conditions worldwide. According to him, the rate hikes in developed markets have triggered a retreat of global capital from risky and illiquid assets in favour of developed market assets, causing turmoil in exotic assets such as start-ups.

According to PwC India’s Q3 CY22 start-up report, while the decline in funding was noted across all stages, early-stage deals were the least affected. PwC’s India Startups Leader Amit Nawka believes early-stage start-ups would be able to raise capital more easily as they were typically more insulated than late-stage deals from fluctuations in the public markets. So, the important questions are — who will be the worst hit? And which type of start-ups will prove to be relatively resilient?

The slowdown is here to stay and will separate the wheat from the chaff. Those who have been chasing high valuations and market share at the cost of profitability and a viable business model will have to mend their ways or perish. 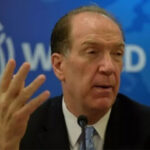 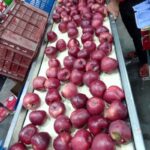