For the quarter under review, the private bank’s net interest income, which is the difference between interest earned and interest expended, grew 18.9 per cent on-year to Rs 21,021.2 crore. India’s largest private lender said the core net interest margin was at 4.1 per cent on total assets and 4.3 per cent based on interest-earning assets.

The CASA deposits accounted for 45.4 per cent of total deposits as on September 30, the bank said.

The strong growth in deposits comes at a time when shrinking liquidity in the banking system and a multi-year high in credit demand have pressured banks to raise funds.

As on September 30, HDFC Bank’s total loans were at Rs 14.79 trillion, up 23.4 per cent from a year ago. Domestic retail loans grew 27 per cent on-year for the period under review, while rural and banking loans grew 31.3 per cent. Other wholesale loans registered a rise of 27 per cent on-year in July-September. The bank said that overseas loans comprised 3.1 per cent of the total advances. 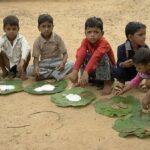 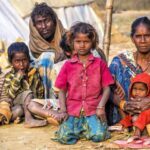