Large number of travel consultants, destination promotors participated in the event, which, according to the organisers, was held in an effort to promote the off best tourist place among the travellers.

During the AGM, the present office bearers and Executive Committee was given one year extension as per the constitution of TAAK which was hailed by the members present, according to a media statement issued to Ziraat Times.

Members unanimously hailed the efforts of Farooq Kuthoo as the president of TAAK and vociferously opined for the extension of the present office bearers for one more year. TAAK conferred Manzoor Siddiq Memorial award posthumously to late M Hafeez Shala for his outstanding commitment to tourism sector, the statement added.

The bravery award was given posthumously to tourist guide Shakeel Ahmad who drowned while trying to rescue tourist trekker during their trip to Tarsar Lake in June this year. Ibrahim Raina ,a TAAK Member was given bravery award for leading the rescue operations and successfully retreiving the body of the deceased tourist who drowned in the river at Hamwas during Tarsar Trek.
Malik Hamidullah Bazaz was given lifetime achievement award for his immense contribution to Tourism industry in particular and TAAK in general.

Secretary Tourism Sarmad Hafeez and Director Tourism Kashmir Fazlul Haseeb who couldn’t make it to the event due to prior commitments expressed their best wishes during a meeting with them which was held at Civil Secretariat a day before AGM, the statement said.

Special Secretary Jal Shakti Department Dr. GN Itoo was the Special Guest and Additional Deputy Commissioner Bandipora Wasim Raja was the Guest of Honour who were felicitated for their tremendous contribution to Tourism industry during their tenure with Department of Tourism.

Speaking on the occasion, Dr. GN Itoo hailed TAAK for organising their AGM at Aharbal which he said is a good step in promoting off beat destination. He said TAAK has been at the forefront in promoting the Kashmir in general and lesser visited places in particular. Dr. Itoo further said promoting offbeat destination will also help decongest tourist places like Gulmarg, Pahalgam and Sonmarg.

Wasim Raja, in his speech, said every part of Kashmir is laced with unique beauty which need to be promoted. He said promoting off beat destination is also a great service to the community in these area where tourists visit less in numbers comparatively to the popular destinations like Gulmarg, Pahalgam and Sonmarg.

President TAAK Farooq A Kuthoo welcomed the members and highlighted the importance of holding AGM at Aharbal. He said TAAK had previously held its AGM in Lolab also to give impetus to that place. President congratulated Secretary Tourism and his team of officers for getting a highest tourist footfall to Kashmir this year .

On the occasion, the President TAAK also highlighted the achievements and the activities carried out for the promotion of Kashmir tourism. He said TAAK has been promoting eco-friendly and responsible tourism to safeguard the Kashmir’s fragile ecology. During the AGM, angling, hiking and cleanliness drives were also held.

Around 50 students of the local school participated in the cleanliness drive at Aharbal park.
All the members present in the meeting appreciated the efforts of TAAK for promoting off beat destinations.

TAAK hailed the role of tourism department for their support in making the AGM a grand success. The conduct and preparations of the AGM were supervised by Events Committee Chairman G Nabi Bhat.

The meeting concluded with vote of thanks presented by vice President Habibullah Pandove. 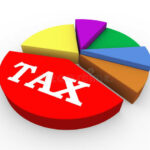