Follow us
Menu
Follow us
Search
Mumbai, Sept 23: Investors became poorer by Rs 4.83 trillion on Friday as equity markets went into a tailspin amid fears of a global recession. The benchmark S&P BSE Sensex crashed 1,021 points, or 1.73 per cent, to close at 58,099 today, while the Nifty50 broke below 17,350 levels to end at 17,327, down 302 points or 1.72 per cent. With this, the indices have yet again turned negative for calendar year 2022.
During the day, the Sensex had tumbled over 1,100 points, and the Nifty50 had erased nearly 350 points as they hit their respective lows of 57,982, and 17,292.
In the broader markets, the BSE MidCap and SmallCap indices underperformed the frontline indices as they declined between 2 per cent and 2.3 per cent. Overall, there were three sellers for every one buyer on Dalal Street as over 2,472 stocks fell on the BSE as against 1,000 gainers.
Sectorally, the Nifty PSU Bank index plunged 4 per cent, while the Niftyy Bank, Private Bank, and Realty indices fell 2.6 per cent each.
What made this fall to happen?
A rise in the US 10-year bond yield and a strong dollar index influenced FIIs to flee emerging markets. A fall in liquidity in the banking system, a weak currency and a current premium valuation have set the market outlook bearish for the near term. With aggressive monetary policy action by central banks, the global growth engines are in a slowdown mode, whereas India is currently in a better position with a pickup in credit growth and an uptick in tax collection. The current volatility might persist for a while. Investors are advised to wait and watch until the dust settles. 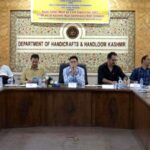 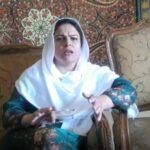