Under the scheme, 25 per cent subsidy on freight charges is given for carrying perishable fruits harvested in Jammu and Kashmir for shipment through Air Cargo. The subsidy will be provided to farmers through DBT mode. Pertinently, the Parvaaz scheme was launched by Government with an aim to create market linkage support for shipment of Agriculture and Horticulture perishables being harvested in Jammu and Kashmir through Air Cargo.

Speaking during the meeting, the ACS stressed upon the officers that the scheme should be implemented in letter and spirit as it possesses tremendous potential for uplifting the economic conditions of the farmers. He also asked the officers to aware maximum people about the significance of this scheme so that ample number of farmers can take benefits out of it.

During the meeting, it was informed that the rates have been finalized for routes like Srinagar/Jammu to Mumbai, Delhi, Bengaluru, Chennai and Dubai. It was also informed in the meeting that JKHPMC will be the implementing agency in horticulture department. 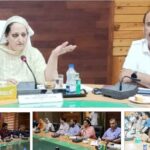 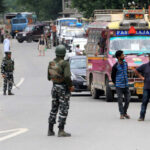