MD of Jammu Central Coop Bank (JCCB) was asked to prepare Expression of Interest (EoI) for selection of agency to enable introduction of core Banking System in JCCB.

The Secretary asked MD SCARD Bank to computerize all the Bank Branches and improve recoveries. He informed that the bank has recovered more than Rs 3 crore in first quarter of 2022-23.
Additional MD JKSCB informed the chair that 34 branches of the bank are earning profit and steps are being taken to improve the remaining 6 out of total 40 branches.

The Secretary impressed upon all banks to improve their CRAR and reduce NPAs by making recoveries and improving banking services. She directed that Banks will submit information to RCS to assess their contribution in the GDP of J&K.

Registrant Cooperative Societies was also asked to obtain Audit Report of Cooperatives registered under the J&K Self Reliant Cooperative Act of 1999 so that their contribution to the GDP can be ascertained.

It was decided in the meeting that branch wise review of Baramulla Central Cooperative Bank (BCCB) and Jammu CCB shall be taken shortly. 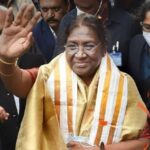 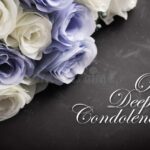