Food systems account for over one-third of global greenhouse gas emissions. Any successful strategy for reaching the ambitious — and critical — emissions targets outlined in the Paris Agreement must involve changes to how we grow, process and distribute food.

The pursuit of net-zero can be divided into two parts. First, the reduction of greenhouse gas emissions to as close to zero as possible and second, the absorption of any remaining emissions from the atmosphere.

Agricultural land use is a key component in both sides of the net-zero equation. Decreasing the amount of land devoted to livestock will reduce methane emissions, while crops can be engineered to more efficiently capture carbon dioxide and turn it into oxygen or store it in the soil.

Engineered crops in the fight against climate change

Those same genetic engineering tools used for climate change adaptation are now being used for mitigation.

Researchers at the Innovative Genomics Institute have received funding from the Chan Zuckerberg Initiative to use CRISPR gene-editing technology to improve the ability of plants and soil microbes to capture and store carbon from the atmosphere in a variety of ways.

The National Science Foundation-funded Realizing Increased Photosynthetic Efficiency project found that by using genetic engineering to optimize photosynthesis — the process by which plants convert sunlight, water and carbon dioxide into oxygen and energy — they could create plants that were roughly 40% more productive, meaning less carbon dioxide in the atmosphere.

Roots can be engineered to be sturdier, larger and deeper, researchers at The Harnessing Plants Initiative at the Salk Institute for Biological Studies have found. By using a molecule found in avocado and cantaloupe skins, these engineered roots can better resist decomposition, minimizing carbon escape.

And microbes in the soil, too, can be harnessed to mitigate climate change and sequester carbon.

Up to 20% of the beneficial molecules that plants create during photosynthesis is shared through their roots with microbes living in soil. Using genetic engineering, researchers could adjust the communication and interplay between roots and microbial communities, helping to stabilize carbon in the soil — making sure it stays there.

Capturing carbon through other ecosystems

Agricultural land covers over one-third of global land surface. Using just a fraction of this space to more efficiently capture and store carbon through engineered crops would be instrumental in countries meeting their net-zero targets. And while some areas of research are currently at their early stages, other methods of biological carbon sequestration are closer to implementation and scaling.

The ocean and “Blue carbon” ecosystems — salt marshes, mangroves, and seagrasses — are 10 times more effective at sequestering carbon dioxide on an area basis per year than tropical forests. They have the potential to absorb almost 1.4 billion tons of CO2 by 2050, and must be protected.

Grasslands also have great potential for carbon sequestration. In increasingly dry areas, grasslands can store more carbon than forestsbecause they are less impacted by droughts and wildfires. They sequester most of their carbon underground, while trees store it mostly in wood and leaves that are susceptible to fire.

Preservation of these natural environments is a critical tool in the fight against climate change, and one that can be acted upon immediately.

The latest report from the United Nations’ Intergovernmental Panel on Climate Change made clear that carbon removal is an unavoidable part of reaching net zero emissions. Any successful strategy to reach net-zero emissions must and will involve biological and technological tools for capturing and storing carbon from the atmosphere.

How to utilize these tools should be informed by the latest science but also directed by communities. Determining what carbon capture tools to use and how to use them should not be left solely to scientists and policymakers, but people who are impacted by both climate change and its proposed solutions.

Listening to the stewards of ecosystems will ensure that genetically-engineered crops and other biological carbon capture methods meet the needs of the environment, local populations, and the wider global community. 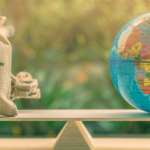 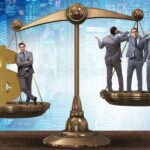