SRINAGAR, JULY 26: Jammu & Kashmir has embarked on an unprecedented transformation in recent years aimed at improving public financial management system through greater use of information technology to ease the life of common people.

One such reformative measure is ‘Budget Estimation and Allocation Monitoring System (BEAMS)’. It empowered the J&K citizens to oversee works being executed in their areas on a real time basis.
The administration has successfully implemented innovative initiatives in this regard which inter alia included BEAMS, online submission of bills through J&K PaySys, mandatory administrative approvals, technical sanctions and e-tendering, digital payments, GFR, GeM and related measures which have greatly helped the financial systems in J&K to be at par with any other developing financial system in the country.

Publication of pictorial e-compendiums related to projects completed under Back to Village, District Capex, UT Capex and JKIDFC broadly reflects government’s commitment to engage with the citizens.

Similarly, Mobile Application ‘Satark Nagrik’ and Departmental Vigilance Officers Portal of J&K Anti-Corruption Bureau is one of the comprehensive measures of LG administration for ensuring transparent, accountable, and responsive governance.

An official said that the mobile application is facilitating seamless flow of information about corruption and enables citizens to submit their grievances with ease and mobility. Any citizen having an android based device can download the application from play store. A unique ID number is allotted at the time of registration of grievance which later can be used to track the status of grievance.

Likewise, the Departmental Vigilance Officers (DVO) Portal has been designed to enable an online communication channel with the DVOs of various departments. In certain cases, the complaints are related to ongoing works, current recruitments, and payments yet to be made against contracts etc. By referring these matters to DVOs, violations/ shortcomings can immediately be rectified and loss to the state exchequer is prevented.

Regarding the services under PSGA, Government has passed directions to DCs to ensure all services are made available to the citizens within the stipulated time frame. PSGA timelines of these services are being synchronized with the online portal and any default on providing services within notified timelines is monitored by departments for taking action against the commission of willful derelictions.

Transparency in maintenance and upkeep of Land records was an area which required an urgent intervention. “Aapki Zameen Aapki Nigrani” (AZAN) is a landmark intervention in this direction. Earlier, there was no mechanism available for citizens to view or monitor the status of their revenue records online. They had to move from pillar-to-post for obtaining even a copy of land records (Jamabandi or Khasra Girdwari).

The opacity in the system encouraged and breeded favouritism, redtapisim and corruption putting citizens at the mercy of the system and the scenario warranted an immediate intervention which could usher in transparency and accountability and this yearning gave birth to “Aapki Zameen Aapki Nigrani” (AZAN).

As Lt Governor Manoj Sinha has said the initiative will facilitate easy online access to the Land Records System, thereby reducing manipulation of the Land Records and improving the efficiency of Revenue offices substantially.

In order to further boost transparency in public dealings of the Revenue Department, a mechanism of issuing passbooks to people containing information on all their legal land possessions has been evolved. 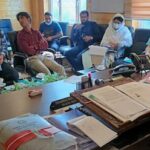 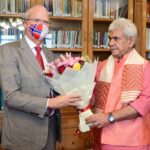