New Delhi, June 30: Andhra Pradesh, Gujarat and Telangana are among the seven states categorised as top achievers in the ranking of states and Union Territories based on the implementation of the business reform action plan 2020, according to a report released by Finance Minister Nirmala Sitharaman on Thursday.

Haryana, Karnataka, Punjab and Tamil Nadu are the other states on the list of top achievers.

In the category of emerging business ecosystems, there are 11 states and UTs, including Delhi, Puducherry and Tripura.

Andaman and Nicobar, Bihar, Chandigarh, Daman and Diu, Dadra and Nagar Haveli, Jammu and Kashmir, Manipur, Meghalaya, Nagaland, and Tripura are the other states and UTs in this section.

Himachal Pradesh, Madhya Pradesh, Maharashtra, Odisha, Uttarakhand and Uttar Pradesh have been categorised as Achievers in the ranking.

The broader aim of the exercise is to boost investor confidence, foster a business-friendly climate and augment the ease of doing business across the country by introducing an element of healthy competition through a system of assessing states based on their performance in the implementation of Business Reforms Action Plan (BRAP), the report says.

The Aspires category too includes seven states, including Assam, Kerala and Goa.

Other states in this section are Chhattisgarh, Jharkhand, Kerala, Rajasthan and West Bengal.

The commerce and industry ministry has this time changed the system of ranking by making it category-based – top achievers, achievers, aspires, and emerging business ecosystems – against the earlier practice of announcing ranks.

Secretary in the Department for Promotion of Industry and Internal Trade (DPIIT) Anurag Jain said the difference between various states/UTs was so little that it did not make sense to rank them but rather put them in various categories.

118 new reforms were included to further augment the reform process. Sectoral reforms with 72 action points spread across nine sectors like trade license, healthcare, legal metrology, and cinema halls were introduced for the first time to expand the scope of the reform agenda.

Speaking at the function, Sitharaman said that the nature of reforms had undergone change since 1991 and the reforms, which are now taking place, are responsive.

“Unlike the reforms of 1991, which were given to us for implementation, there is no compulsion now. The objective is to see what will bring out improvement in systems and ensure better lives for us. An element of nudge has been brought into every layer of the government,” she said.

Nudging can not come only from the government and the industry has a big role to play there, the finance minister said.

She also emphasised the need for capacity building at all levels so that efficiency can be further improved.

Commerce and Industry Minister Piyush Goyal said the assessment has evolved from evidence-based to 100 per cent feedback in a multilingual format.

He said also that the purpose of this BRAP exercise is to infuse a culture of learning from each other’s best practices and improve upon the business climate in each State/UT with a unified objective for India to emerge as the most favoured investment destination across the globe.

“The process started in 2014 has started bearing fruit as we go along. Rather than ease of doing business being limited to a few areas, few cities and few businesses, we are seeing it being reflected across the country through the spirit of competitive federalism and also of collaboration,” he added.

The DPIIT, since 2014, has been assessing states/UTs based on their performance in the implementation of prescribed reforms in the BRAP exercise.

Jain also asked the states to identify minor provisions, which can be decriminalised to reduce the compliance burden.

“We have requested states to look very closely at decriminalisation…Make it a civil penalty or compoundable for minor violations,” he added. 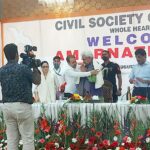