The Department of Commerce has said it is proposing repeal of the Tea Act, 1953; Spices Board Act, 1986; Rubber Act 1947; and Coffee Act 1942.”These are very old laws and the idea is only to simplify them, make it easier to do business, ensure that the small people in the different areas like coffee growing, tea growing do not have to suffer from high levels of compliance burden,” Goyal told PTI. He was replying to a question about the objective behind introducing new legislations. When asked if there is any opposition on the move, he said there is consensus among stakeholders concerned.

“Our stakeholder consultations have gone very well and we have been able to satisfy the various stakeholders involved,” he added.When asked if these bills can be introduced in Monsoon session of Parliament, Goyal said they have not yet taken a final call on that.

As per the draft, the principal reason for proposing the repeal of the Tea Act is that there is a paradigm shift in the recent decade with respect to the way tea is grown, marketed and consumed and this necessitates amendment of the existing Act. Also, there is a need to enable the Spices Board to provide focused attention across the entire supply chain of spices.

Explaining the rationale behind the proposal to repeal the Rubber Act, the draft bill says that in recent years, there have been widespread changes in the industrial and economic scenario especially with regard to development in rubber and allied sectors.

The draft Coffee (Promotion and Development) Bill, 2022, underlines that substantive portion of the existing Act dealing with pooling and marketing of coffee have become redundant/inoperative. 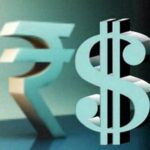 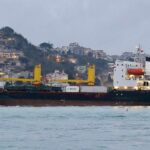