New Delhi, June 20: Thus year from July 1, Tax Deducted at Source (TDS) on benefits received from business for sales promotion will be applicable to social media influencers and doctors. The Central Board of Direct Taxes (CBDT) has released guidelines on the applicability of the new provision.

The Union Budget had brought in the provision of TDS on such income to check tax revenue leakage by inserting a new section, 194R, in the Income Tax Act, 1961.

It requires TDS at 10 per cent for any person providing benefit exceeding ₹ 20,000 in a year to a resident.

What comes under benefits and perquisite?

Kamlesh C Varshney, Joint Secretary in the Finance Ministry, had explained the benefits, which he said include free medicine samples received by doctors, foreign flight tickets or free Indian premier League (IPL) tickets in the course of business and more.

Mr Varshney emphasised that these should be disclosed while filing the income tax return, adding that it shouldn’t be avoided based on the fact these items are not being sold.

Section 194R will also apply to seller giving incentives, other than discount or rebate, which are in cash or kind, like car, TV, computers, gold coins and mobile phones.

What if a doctor is working at a hospital?

CBDT clarifies that in case of doctors receiving free samples of medicines while employed in a hospital, Section 194R would apply on distribution of free samples to the hospital. The hospital as an employer may treat such samples as taxable perquisite for employees and deduct tax under Section 192. In such cases, the threshold of ₹ 20,000 has to be seen with respect to the hospital.

For doctors working as consultants with a hospital and receiving free samples, TDS would ideally apply on hospital first, which in turn would require to deduct tax under Section 194R with regard to consultant doctors.

What is the relief being offered?

Section 194R will not apply if the benefit or perquisite is provided to a government entity, like government hospital, not carrying on business or profession, said CBDT.

It has also announced a breather on sales discount, cash discount and rebates allowed to customer by excluding them from the purview of Section 194R, saying that their inclusion would put the seller into difficulties. 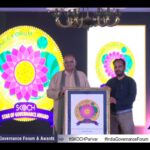 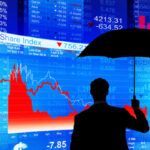